Survivor auditions take place every summer and fall for the following summer and contestants are normally picked thousands of entrants. There are extensive processes that you have to go through before even being short listed to come to the live auditions at various venues around the country. 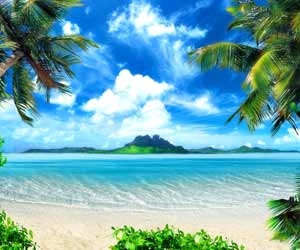 On the CBS website under the Survivor tab you will find the 17 page entry form that you have to complete and send in along with a video tape of yourself explaining why you think you should be on Survivor. The entry form will ask various questions including if you have tattoos, to describe yourself in 3 words, what is your perfect day, and if you suffer from any mental illness among other things. The contestants filmed for Survivor will stand the chance to win $1 Million.

This application form and your video will be reviewed by the producers of the show who will select a certain number of “finalists” to appear at the live face to face auditions. The video that you submit has to follow certain guidelines which you must read carefully, some of which include sending in a VHS tape only, it must be no longer than 3 minute and you should describe why you would make a great contestant on the show. You will also need to have a valid passport and the show will be filmed in some exotic location. The producers require a photocopy of this along with a passport sized photo of yourself. This entire package should be sent to the following address:

Another way to apply is to go to the open casting calls which are held in various locations around the country. This can be a fun experience and you will meet lots of people. According to one applicant who went to the 2007 auditions, they had to start queuing from 5am for the auditions to start at 9am. You will have to complete an application form (the same one as on the website) and then you are ushered to a camera and given 2 minutes to explain why should be on Survivor. She recalls that the 4 hour waiting period went by quickly and that everyone should give it a try.

You will also need to bring a copy of your passport and photo. In the Philippians, and some other countries, the audition process is slightly different with some people waiting in line for more than 12 hours, and being given only 30 seconds to answer each question that a panel of 5 screeners asks. Screening table tips include:

Once you have made it past the first round of auditions, you are asked to meet with the producers. There are normally 800 entrants that are required for interviews, usually held in Chicago, Los Angeles, Seattle, New York, Miami, Detroit, Dallas, Las Vegas and Phoenix. (plus, many other locations)

This round will eliminate all but the 48 semi-finalists who will be flown to Los Angeles for the last face to face interviews with the producers after which the final 16-20 contestants are chosen for the filming of Survivor.

The rules state that you have to be over the age of 21 and must be prepared to live in a remote location for up to 7 weeks, finding your own food, and building your own shelter. You will also have to undergo fitness and medical examinations if you are one of the finalists before filming begins.