Particularly effective in catching crustaceans like lobster and crab, pots are also used by a few dozen boats in the groundfishing industry. Pots are essentially traps made of wire mesh, plastic, wood, and netting. They are baited and placed on the ocean floor, allowing the target species in, but not out. The pot season runs concurrently with the longlining season. 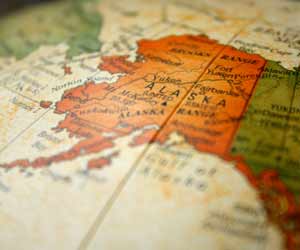 In 2015, the North Pacific Fisheries Council approved the use of black cod pots in the Gulf of Alaska to protect their harvest from the opportunistic killer and sperm whales. Recently some smart sperm and killer whales discovered how easy it is to get a good meal by eating black cod right off of Alaska black cod fishermen’s longlines. Here is an article for more details – www.seattletimes.com/seattle-news/environment/feds-approve-cod-pots-to-outsmart-opportunistic-whales/.

More recently, innovations have been made and now a number of boats (especially boats with less deck space) are using collapsible pots known as slinky pots.

Here are two videos to show the use of these collapsible pots:

Methods used to longline for sablefish and other groundfish are similar to those used to harvest halibut. The primary difference in longlining techniques for groundfish is that the lines are set in much deeper water, gangions are placed closer together, and smaller hooks are employed.

An expert in the field told us how it works:

“There are several types of longliners, but generally there are factory longliners (catcher processors) and small longliners with four-man crews. We have a factory longliner with about twenty crew members, including about eight deckhands and eight processors. Longliners run out a long line with hooks spaced every 30 inches or so. The line sits on the bottom and attaches to anchors at either end with flags at the surface so you can come back and retrieve the line. You let the lines sit for a few hours then come back and reel in the fish. We fish for bottomfish, which are mainly halibut, cod, and sablefish. Anything else we have to throw back or knock off the line.”

Those working in the groundfishing industry as deckhands should not take their work lightly. Longlining, trawling, and fishing with pots is hard work and can be dangerous, especially in the frigid waters of the North Pacific. Your life could depend on the boat’s survival gear, so check it out very carefully before leaving the dock. Also, try to work with an experienced skipper.

A groundfishing veteran gave us this summary of what a deckhand does:

“The deckhand’s job is to coil the gear when it comes in. It has to be coiled just right so we can get it ready for setting the next time. First, though, one of the deckhands has to be out on the roller helping the fish in with a gaff, since they come off the hook sometimes when they hit the side of the boat. He also has to knock off the unwanted species and by-catch so they don’t get in everybody’s way.”

Deckhand jobs on groundfish longliners are sometimes available to first-timers who apply to the companies expressing interest in processing work. Once hired, processors often are promoted to deck jobs when openings become available. Another option is to go dock stomping either in Seattle at Fishermen’s Terminal or in Alaska.

A groundfishing insider told us about promoting from within:

“You can move up from processor to deckhand pretty quickly, if you just pay attention and show some interest in deck work. I just promoted a guy to deckhand after one short trip as a processor, and he’s doing just fine.”

Trawling is described in further detail below, under “factory trawlers.” Not all trawlers are as big and technologically sophisticated as the factory ships, but the trawler configurations used and the basic principals are the same.