Fishermen, processors, and deckhands alike should know when to be in a particular region so they can take advantage of work opportunities. Knowledgeable processors and deckhands often will work in many different regions during a single summer in order to hit the peak times in each and maximize their earnings. On a recent summer research trip to Southeast Alaska we met several college students who had been following salmon migrations from north to south, hitting fishing and processing peaks in several regions. One student had worked in Kenai during early and mid-July and had made his way to Ketchikan by mid-August to finish out the season. This type of story is not uncommon. 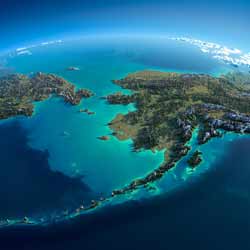 Since it’s relatively easy to predict yearly salmon runs, it is fairly simple to decide on your employment plans. Salmon usually will arrive in an area no more than one or two weeks ahead of or behind schedule. Once you know when a salmon season begins in a particular region, you should try to get there just ahead of the peak to find processing plants looking for workers.

As you can see, timing is everything. Are you asking, “What are the different fishery seasons and where does each take place?” On the following pages we examine the specific fisheries including the times of year that they operate as well as where the fisheries occur. This information will arm you with a solid foundation of knowledge as you launch your job search.