The Central Intelligence Agency (CIA) is an independent U.S. Government agency responsible for providing national security intelligence to senior U.S. policymakers. Agency representatives are always looking for new, young blood to fill available CIA jobs. So the official agency mission statement is stated above, but the mystery surrounding the organization almost seems to lift it to legendary status. 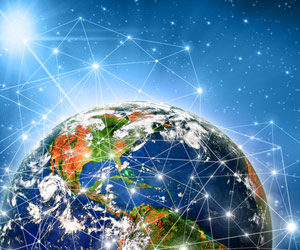 Those of us who have never been inside the agency’s headquarters in Langley, Virginia, have images of Boris and Natasha-esque, trench-coat-wearing spies leaping from pillar to pillar as they make their way through the building, or of clandestine meetings in lead-lined rooms where the fate of the world is decided before lunch. In reality, the CIA is filled with ordinary people performing a vast range of job functions. Although they probably wear trenchcoats in the rain (just like the rest of us), it would be difficult to go about the business of collecting intelligence if you had to lurk behind pillars all day.

The CIA has an excellent website with pictures of the grounds and portions of the lobby. They are understandably obscure about the numbers of employees and the exact nature of the work-but that’s all part of the allure, isn’t it? In a nutshell, this is what they do: the CIA gathers information for the President and other senior U.S. government policymakers. The CIA is not a law enforcement agency. They do not shape policy. They do not tell the Pentagon what to do. They collect data, analyze it, look for trends, and present it to others. In order to do this, senior government officials have to identify an area about which they need more information.

For example, the President might direct the CIA to gather information about possible terrorist threats to the U.S. Then, the CIA would use its intelligence-gathering network to find clues about this subject. Translators provide information from foreign newspapers, magazines and TV shows. Satellites take detailed pictures from their orbit over the earth, and analysts look for clues in the images. Signals analysts work to decode secret messages, and operations officers try to get foreigners to share sensitive information about their native lands.