With roughly 2 million civilians employed, it is difficult to summarize the work environment in a government job: things are a whole lot different at the Bureau of Land Management than they are at the Department of Homeland Security. 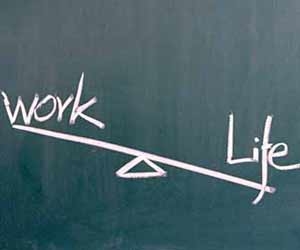 There are some common traits, however. Most government jobs require some sort of background check to include screening for illegal drug use. Jobs in the security and defense sector would be more likely to require a security clearance. A security clearance is a deeper investigation into a candidate’s background, during which investigators will research your personal and financial history. They will pull your credit reports, talk to your friends and neighbors, and look for any criminal records.

“The process varies from person to person,” Brandi Lowe, Director of Recruitment for the National Geospatial-Intelligence Agency, said. The clearance process can take 2-12 months or longer to complete depending on the number of residences and employers the applicant has had, and also because of the high number of clearance investigations already underway.

Also consider that, in many cases, an investigator has to connect in-person with many people who are in a position to observe you on a regular basis. As you can imagine, all this research requires a lot of man-hours per person, resulting in a very expensive screening process. Because of the cost and the delay, potential employers may be reluctant to hire a candidate who does not already have a clearance-at least, they may prefer one with an active clearance over one without, even if both candidates are similarly qualified.

For this reason, having an active clearance can provide you with many more (and more-lucrative) employment opportunities.

Many people who would like to get a government security clearance think they can simply pay for one themselves. For better or worse, this is not possible. For the government to give you a clearance, they have to conduct the investigation themselves. Think about it-how impartial can an investigation be when the subject is footing the bill? The government must initiate the process, and they will not do so until they are sure they want to hire you for a clearance-required federal job. Before they agree to commit that kind of money to your investigation, they will often conduct a preliminary interview designed to call out any major red-flag issues that could derail a clearance later on. As with so many jobs in the modern world, your past determines your future – the best advice is to always try to stay clear of illegal drugs, credit and criminal issues. And if you do have any blemishes on your record, don’t be scared – investigators are looking at the big picture of you, so be honest and open. Trying to hide a problem will always make it look worse to investigators.