For specific CIA career postings and the most recent information, check out the CIA website. Not only is it a very attractive and informative website, but it is so convincingly written that by the time you finish reading it, you not only want to apply, you will also feel certain that every single employee of the CIA wears a Captain America cap. 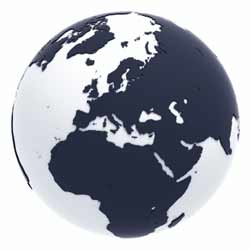 Analytical CIA Positions: Analysts put together the vast amounts of information about a given topic that the agency assembles on a daily basis. In a normal-life comparison, imagine that you are giving a presentation about Ben Franklin.

If you go to the library, you will find hundreds of books about Franklin. On the Internet, you will find millions of articles and websites devoted to Franklin. If you go out and research public records, you will probably find several sets of records about different people also named Ben Franklin, who lived at about the same time. In order to present an accurate report, you have to sift through all that information, decide what is credible and what is not, determine reliability of sources, and figure out what information is relevant to your audience’s needs. Oh, and let’s just say that you personally despise Ben Franklin because you are very deeply offended by the concept of Daylight Savings Time (an idea he proposed), and you think he was overly stingy. Your natural inclination might be to mock Franklin a little, but in order to present an unbiased report, you would have to filter out any of your own personal feelings about the subject. That is what an analyst does, but with a much broader range of information, from a much more diverse group of sources. The job of analyst requires communication skills, excellent problem-solving abilities, and the ability to work well as part of a team.

Clandestine Service: This is the cloak-and-dagger world that we all imagine when we think of the CIA. Clandestine Service officers perform a range of functions, from recruiting foreigners to provide sensitive information about the countries to managing the collection of this information. Most officers in the Clandestine Service spend a majority of their careers overseas. According to the CIA, key traits required for this position are an ability to cope with stress, highly developed interpersonal skills (think about it-you’re trying to convince people to give up information that could get them arrested, or worse, if anyone ever knew), and the ability to adapt and learn quickly, and expert knowledge of foreign languages and cultures.

Language Positions: CIA places a high value on language skills, meaning you can earn more money based on the number of languages you speak proficiently. They have a rigorous testing program in place, and offer pay incentives to all employees to keep improving their language skills. They also have many language-related jobs, including language instructors, translators and interpreters. Translators could work in the U.S., translating foreign-language magazines, newspapers and other media into English, or they could work in the Clandestine Service, interpreting the information obtained from sources.

Scientists, Engineers, and Technology: Where would James Bond be without his gadgets? For centuries, the military’s need to gather information or protect their own information has led to scientific advances that ended up affecting all other spheres of our lives.

The CIA claims that a change-detection program they initially developed to locate differences in satellite images in order to provide advance warning of troop movements has since been adapted to the medical field, and now it is most often used to detect changes in mammography. Now, that technology is hard at work saving lives by finding breast cancer in its early stages. Due to the sensitive nature of the work, the technology does not always transfer over to the private sector. But working with identified security priorities does open the door for significant funding and resource allocation, providing leading scientists with the opportunity to advance their field significantly. Unlocking technology doors does have the potential to not only increase U.S. national security, but to advance science and improve the quality of life for people all over the world.

Support Services: With more than 50 different career disciplines under this one umbrella, it’s hard to sum it up in a few words. But under this category fall a range of other contributors, including lawyers, finance experts, business experts and even architects. Most of these positions are located in the Langley, Virginia, headquarters office.