The Department of Transportation (DOT) was “born” in 1966, when President Lyndon Baines Johnson signed it into official existence to help coordinate several ongoing efforts in different areas of transportation and to streamline and improve the nation’s roadways and aviation system. 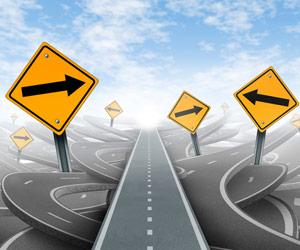 There are myriad DOT jobs available, especially when you consider agencies under its umbrella, such as the FAA.

Today, the agency’s mission is, “Serve the United States by ensuring a fast, safe, efficient, accessible and convenient transportation system that meets our vital national interests and enhances the quality of life of the American people, today and into the future.”

Many departments fall under the DOT umbrella, including:

Although we may not think about it very often, the workings of these administrations affect our lives every day when we drive our cars, step on an airplane, or even when we pump gas that has been pumped through a pipeline or carried on a truck. If you ever buy food from a grocery store, more than likely the food was shipped from a distant location, and the way it traveled and the speed at which it traveled was influenced by DOT regulations.

The DOT employs about 60,000 people across the country in its 11 Operating Administrations (OAs). Of all these OAs, the hiring needs of the Federal Aviation Administration tend to be the highest, due to current and projected changes in the aviation system coupled with a large number of experienced employees who will reach retirement age within the next decade.