Coroners Are In Demand

Could you figure out why, when, and how a person died? Could you examine a corpse and determine if the cause of death was poisoning, heart attack, or trauma? What would you look for? How would you know? Determining all of these things is the job of a coroner.

A coroner, or medical examiner, investigates deaths to determine the cause, time, and manner of death. Nearly 2.5 million people die each year in the United States. Those deaths might be accidental, natural, suicide, or murder. A coroner must investigate questionable deaths before a death certificate can be issued.

Whenever someone is presumed dead, a coroner is called in to investigate. 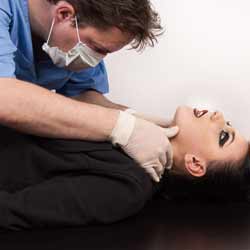 The coroner examines the body and determines the cause of death, the time the death occurred, and how the death happened. Some deaths are quite standard, while others can be mysterious. It’s up to the coroner to find the details.

Coroners work with doctors, crime scene photographers, and law enforcement to perform their job. For every death, they need to know circumstances, obtain medical records, examine the scene of the death, and identify the corpse. The coroner is responsible for taking custody of the body and transporting it to the morgue where they can issue a formal death certificate.

The coroner also has the emotionally draining job of notifying the family about the deceased. He is often responsible for performing autopsies. He also must be prepared to testify about the investigation, death, or process in a court of law. It’s a time consuming occupation that requires a positive outlook because coroners see death on a daily basis.

Coroners deal with deaths of infants, children, adults, and the elderly. They see deaths of all types – suicides, poisoning, car crashes, gun wounds, sporting accidents, heart attacks, strokes, or mysterious mysteries. They work in hospitals, morgues, crime scenes, and accident scenes. Corpses may be found frozen, burned, rotting, or in rigor mortis. It can be gruesome, but at the same time interesting.

Some deaths are easy to investigate. A heart attack or gunshot wound might show obvious signs. But the sudden, unattended, or mysterious deaths require a bit of investigative work, which is often linked with law enforcement investigations. For these intriguing deaths, a coroner has to put his medical and detective skills to work. A coroner must understand anatomy and physiology, illnesses, injuries, and death. Most states require that coroners have a medical background before they can be issued a state specific certification or license.

You may not know it, but when you vote in local elections you usually elect the county coroner. Coroners are typically elected or appointed at the county level. They are responsible to fairly investigate every death in their jurisdiction. It is up to them to help determine the facts about the death that can help law enforcement solve crimes or sort out legal issues.

If you think you have what it takes to stare into the face of dead bodies on a daily basis, then maybe working as a coroner is the job for you. They typically make $28,000 to $80,000 per year. Most average $45,000 per year. Take the time and watch CSI, Crossing Jordan, or DR G: Medical Examiner to learn more about this exciting field before you commit. If you think you have what it takes, take courses in science, medicine, law enforcement, or criminal justice. Achieve your state’s certification and eventually run for public, county office.

No two days are the same for a coroner. Working with dead bodies takes a special type of person, but if you can handle it, then this is a great career for you.