Teaching English is not the only work available to Americans in Eastern Europe (though it is by far the most common source of employment in all of the four countries and thus the focus of this program). 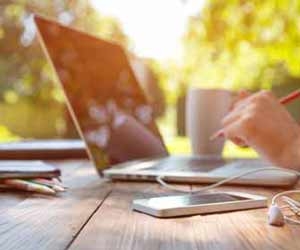 If you want to look for other kinds of jobs, you must be more selective in your choice of destinations and more diligent in your job search. Yes, there are those who, with little preparation, are lucky to find positions in their chosen fields soon after their arrival, but they are the exception rather than the rule.

William Corley of Seattle related his early experience in the Czech Republic:

“I came to Prague to teach English, and then discovered that it wasn’t the best use of my time, so I moved on to a press agency. I corrected and proofread all the important documents in English. It was there that I began to study Czech. When I could make my own way with the language, I started to peruse the want ads in Annonce [Prague’s classified ad newspaper], and I found a job with an import/export company.”

The advantage that many skilled North American job applicants in Eastern Europe have over their native counterparts is greater experience with advanced technologies.

The former Socialist regimes did not foster economic progress like their democratic, capitalist counterparts in the West.

Consequently, many skilled Eastern Europeans lag behind their Western colleagues in computer programming, advertising and marketing, and business management, to name a few areas. There are obstacles, though. Because of economic hardship and rampant unemployment in certain areas, it can be difficult to get formal residence status or a work permit, which makes finding work difficult, if not impossible. You will need to prove that you are not taking a job away from a Pole, a Hungarian, a Czech, or a Slovak. In other words, your prospective employer will have to document your unique skills in order to convince the rubber stamp-wielding bureaucrats down at the local city hall that your employment doesn’t translate into “one less job for a local.”