Teaching English in Europe: A Word to Women

Women who travel to Eastern Europe should expect to be treated more like women were treated fifty or one hundred years ago in the United States. 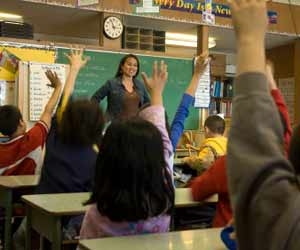 Male chauvinism is rampant, especially among the older generations. Traditional gender roles that keep women at home and men at work still hold true in most households, even if appearances to the contrary seem common. Many women are forced to work out of economic necessity, not because they have achieved equal status and respect on a societal level. One sign of this lingering traditionalism is the common practice among older men of kissing the backs of women’s hands instead of shaking them western-style. If you wish to avoid this, always offer your hand at hip level. If you offer it higher and somewhat more limply, it may signal that you expect the man to kiss your hand while giving his respects.

Though it is true that more Eastern European women, especially younger ones, are pursuing an education and a career rather than choosing to marry young and start a family, women traveling in Eastern Europe are still often subject to sexual prejudice or harassment. Although this type of behavior is usually relatively harmless, obvious stares or catcalls when walking down the sidewalk are not uncommon. The same type of common sense should be exercised on the streets of Eastern Europe as in any other part of the world. If you look like you know where you’re going and make an effort to avoid risky or unpredictable situations, you shouldn’t have any problem. Alone on a stroll around Old Town Square in Prague, a late twenty-something American woman traveler explained:

“I have been traveling alone from the very beginning. I enjoy not having to compromise with someone else all the time. But it has its downsides, too. I don’t go out at night by myself very often, and when I do, I make damn sure I look like I know where I’m going. Most of my paranoia probably comes from living in the States, though. It seems pretty safe here, maybe just an occasional stare, and I don’t ever go into pubs by myself if they look like they’re full of drunk Czech men.”

Feminism in Eastern Europe is a dirty word, not that it isn’t on this side of the pond!

But in Eastern Europe, calling yourself “feminist” carries a rather different ideological load. Feminism is closely associated with communism, and calling yourself feminist is, for most Eastern Europeans, tantamount to voicing support for the rather repressive political regimes of the past. If you can discuss the ideas of feminism without using That Word, it would probably be a good idea. In fact, it’s a good idea in most of what you do to not be antagonistic! Try to brush off any indiscretions and know that you are doing your part to change those acts by ignoring their source. If you’re adept linguistically, you might try learning a few choice phrases in order to express your displeasure at any unwanted attention.

Racism in Eastern Europe (NEXT PAGE)