Czechoslovakia’s history as an independent republic only goes back to 1918, just after the end of World War I. The history of the Czech and Slovak people, however, extends much further back. 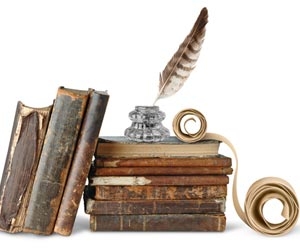 The seventh century brought the most significant early settling of Slavic peoples in the territory that came to be known as Czechoslovakia. They came from the East, and supplanted several tribes who previously had settled in the area .

Not much is known about these Slavs during the two centuries that followed, until the formation of the Great Moravian Empire in the early part of the ninth century. This empire encompassed a region that extended beyond the present-day boundaries of the Czech and Slovak Republics. The end of the Moravian reign of power in the region witnessed two crucial events that changed the course of history of these two peoples: the rise of the Roman Catholic Church and the division of the Czech and Slovak peoples into two separate camps. The Czechs sided with Western powers, while the Slovaks came under domination of the early Hungarian peoples, the Magyars.

From the tenth and eleventh centuries well into the fourteenth century, the rulers of Bohemia (now the Czech lands) garnered great political influence in Eastern Europe and the region became the Holy Roman Empire. Charles IV came to power during the latter part of the fourteenth century and made the greatest early contributions to Czech culture. As the King of Bohemia, he founded Charles University in Prague (which still exists today), declared Czech one of the official languages of his country, and devoted much of his time to art and architecture. Prague’s present-day beauty owes much to Charles IV.

The influence of the Roman Empire in Bohemia came under attack in the early years of the fifteenth century when a Protestant named Jan Hus led a rebellion inspired by what he saw as rampant corruption in the Catholic Church hierarchy.

Hus’s actions on behalf of the Bohemian lower classes sparked a widespread uprising that resulted in civil war. The Hussite Wars lasted from 1419 to 1434.

From the fifteenth century until the end of the eighteenth century, the Czech lands came under the spell of what is now known as the Dark Ages. The Austrian Habsburgs brutally ruled much of Europe during these years. So much so, in fact, that the enforced Germanization of the region nearly eradicated the Czech language. It wasn’t until Maria Theresa, and later her son, Joseph II, came to power during the middle of the 1700s that things began to improve for the Czech people. Their tolerance eventually brought freedom of worship and greater freedom of expression.

The Slovaks were not so lucky. They suffered much longer under Austro-Hungarian domination. Their lands were relegated to an area then known as Upper Hungary. The Hungarian language dominated until the end of the nineteenth century, so much so that it nearly wiped out the Slovak tongue all together.

The events surrounding World War I brought about the call for an independent Czechoslovak state. Neither the Czechs nor the Slovaks were keen to side against their fellow Slavs, the Russians and the Serbs. Nor were they willing to fight along side Austrians and Hungarians, whom they hated. It was at this time that the Czechs and Slovaks decided to join together after centuries of separation. The new state was formed in 1918, and in 1920, under the Treaty of Trianon, the border that separated Slovak lands from Hungary was drawn. In the process, nearly three quarters of a million Hungarians were stranded on the Slovak side.

The first Republic of Czechoslovakia attained an economic position that ranked in the top ten of the world’s industrialized nations. Perhaps more importantly, though, the country achieved the enviable position of becoming the only functioning democracy in the region, not to mention one of the few in the world at the time.

Democracy and economic prosperity brought a level of content that had never before been witnessed, but it was momentary. The seeds of disaster were sown long before World War I, and the Treaty of Trianon only exacerbated the situation in a way that displaced ethnic minorities. The nationalist sentiments of the various ethnic groups from the Hungarians who lived on the Slovak side of the border to the Germans of the Sudetenland would aggravate the region for decades to come. Even the Czechs and Slovaks couldn’t refrain from expressing resentment and disdain for one another.

With the onslaught of worldwide economic depression in the thirties and the simultaneous rise to power of the Nazi party in Germany, the First Czechoslovak Republic was doomed. Hitler’s aggression was too much for the Czechs and Slovaks. In October 1938, Hitler’s troops marched into the Sudetenland, and by the following spring they occupied all of what was left of Czech territory. With Nazi backing, the Slovaks declared independence under the leadership of Jozef Tiso.

The Second World War brought the wrath of Hitler and the Nazis down up the Jewish population of both the Czech and Slovak regions. Most of these Jewish people were deported to concentration and death camps in Poland. Few survived. The Nazis reigned over the area until the end of the war in 1945, when the Soviets liberated the region. As an occupied, protectorate state of the Nazis from the beginning of the German occupation in 1939 until 1945, the country did not experience the physical decimation endured by many of the surrounding cities as a result of Nazi bombs.

In 1948, after the liberation of Czechoslovakia, nearly four decades of domination by Soviet-backed communist rulers began. The formation of the Czechoslovak Socialist Republic was declared in 1960. In 1968, after a period of slow transformation, Alexander Dubcek, the Czech leader, instituted reforms in an attempt to liberalize hard-line communist policy. Czechs were allowed greater freedoms of expression, assembly, and travel. The Soviets, however, did not approve, especially when Czech citizens began to demand even more freedom, including the right to form political opposition parties. In August of the same year, Soviet tanks and Warsaw pact forces rolled into Prague and crushed the Prague Spring rebellion. A Soviet-backed, puppet government was put in Dubcek’s place. The following years brought severe political repression and widespread environmental devastation, stemming from poor industrial practices. It was a grim period for Czechoslovakia, one that remains seared into the memory of many Czechs today.

With growing economic difficulties in the Eastern bloc and the U.S.S.R. during the late 1970s and early 1980s came the possibility that the Soviets could no longer maintain their stranglehold on Eastern Europe. The Russians had a hard enough time playing one-upsmanship games against the United States, and their centralized economic policies had long shown signs of weakness and decay. The people of East Germany, Poland, Hungary, and Czechoslovakia (among others) seized the day by rising up against the flimsy communist leaderships in their respective countries. In Czechoslovakia, it was called the Velvet Revolution. The streets of Prague filled with Czech citizens who demanded an end to repression. They succeeded, and a former dissident named Vaclav Havel was swept into power. He became the first elected President of the newly democratic Republic of Czechoslovakia.

Though the Czech and Slovak people had managed to wrest power from the communists in a peaceful manner, they could not remain unified on how they should govern themselves. The threads of this disagreement are deeply sewn into the patchwork-like fabric of the region’s history. Czechs and Slovaks have been suspicious of one another for a thousand years, and despite the best intentions of leaders like Havel, there seemed to be no chance of reconciling the people’s divergent social and political views. On January 1, 1993, Czechoslovakia ceased to exist. Two new republics were formed along the boundaries of an ancient ethnic divide. Once again, all was settled peacefully, a grand accomplishment given the situation in several other areas of Central and Eastern Europe.