Hungary stands in stark contrast to the Czech Republic, Poland, or Slovakia. 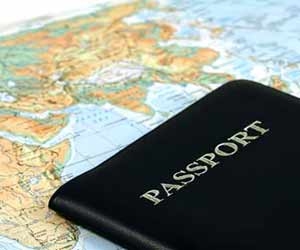 Ten and a half million people inhabit a country whose language, culture, and history have very little in common with any of its neighbors.

Hungarian is a Finno-Ugric language that has nothing in common with Slavic languages, like Czech, Slovak, Polish, or Serbo-Croatian. It is reputedly one of the world’s most difficult tongues. A day on the streets of Budapest very quickly illustrates this linguistic nightmare. One Hungarian educator long involved in language and cross-cultural studies said:

“The problem here in Hungary for foreigners is not culture shock, it’s language shock. The culture isn’t so different that it takes any enormous adjustment, but the language is another story.”

Budapest is easily the second most popular destination for expats in Eastern Europe. It rivals Prague on many counts. Expats here teach English, start their own businesses, and generally have a good time. Though not as commonly as in Prague, English can be heard on the sidewalks. Evidence of Western commercial influence is everywhere. There are many popular bars and nightclubs that act as second living rooms to many in the expat community. Western businesspeople have been welcome in Hungary for a number of years, so Hungarians are accustomed to the presence of Westerners.

The old regime in Hungary was more lenient and more genuinely oriented to market reform than elsewhere in the former Eastern bloc. Its policies, known as “goulash communism,” mixed aspects of Soviet-style government with dashes of free-market liberalism. Consequently, Hungary has been open to the West for a longer period of time than any of the other countries under discussion.

The Hungarian people seem more open and gregarious than their neighbors to the north. The climate, too, is more forgiving and at times can almost seem Mediterranean.

Work is available, but the requirements and qualifications are often more demanding. Hungary has entered its second phase of English language education. That is, there are more people in Hungary who are advanced in their English language studies than in the other countries of Eastern Europe. The support structure for English-language instruction is better developed. One long-time educator at the university level stated:

“It is clear that qualified and talented teachers are what is needed here in Hungary. Of course, it is possible for a native speaker of English to find work teaching, but it is unusual for them to be effective – and they often do more harm than good. . . . There remains a definite demand for qualified English teachers to teach and work in various English-related positions.”

Nevertheless, many uncertified teachers find work in Budapest and elsewhere. The pay can be good, while the cost of living remains low by Western standards. It just might take a little more determination and hard work to get settled into a good teaching job because Hungarians are fond of formal papers, such as college diplomas and teaching certificates.

Working in Poland (NEXT PAGE)