Of the four countries under discussion, Poland – along with Slovakia – is a less-frequented destination for North American expats working in Eastern Europe. 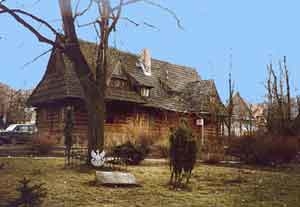 However, this shouldn’t dissuade you from working there. With larger cities like Warsaw in the north, and Krakow in the south, plus a host of other interesting destinations, the home country of the Pope should be considered by anyone attracted to Eastern Europe.

Krakow, for example, has just about as much natural charm and romance as Prague. Warsaw, though much larger and perhaps less attractive to Westerners because it feels like a generic metropolis, is a major world city with a dynamic and cosmopolitan atmosphere. Other larger cities, like Wroclaw and Gdansk, are rich in history and architecture, if less visited because they simply are not yet familiar destinations to many Westerners.

Teaching opportunities abound throughout the country, if you know where to look. Pay is comparatively good, and the Polish people are generally friendly and welcoming. One American worked as an English teacher for several years and saved up enough zloty to establish his own English language school without any infusion of cash from back home. Here is what he had to say about his experience:

“Making this school has been a big accomplishment. I worked my ass off. I did this all on Polish money. I worked two and three jobs, I saved up, and I got a lucky break. I started with one room, last year we had four rooms, and now we have seven. I started with thirty-one students (several years ago) and now we’re past 300 students. And it’s not easy.”

Poland is perhaps the most Catholic country in the world and certainly the most devout in all of Europe.

Consequently, traditional values run deep and strong in much of the population. Behavioral norms are more strict here than in the rest of Eastern Europe. It wouldn’t be wise, for example, to wait until the last moment to see if you can find a condom. And don’t wear a hat into the local church. You could be scolded by a nun for not removing your beret as you gaze up at one the most beautiful stained-glass windows you are ever likely to see.