On-the-Job: An English Teacher in Prague

Taken from an interview with William Corley, a former English teacher, who is presently a self-employed consultant in Prague.

Most Americans come here to teach, at least in the beginning. Then they discover that teaching may not be the best use of their time. 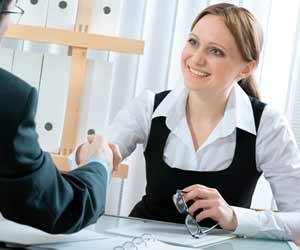 Teaching is a skill, so after you do it for a while, you discover what your natural abilities are. Not everyone is cut out to teach, though some find it very enjoyable.

There are basically two kinds of expats in the Czech Republic. There’s the coat-and-tie bunch, who work for Czech or foreign concerns. They make good money and are usually paid in hard currency. The second group is comprised of the creative-artist types who end up turning into entrepreneurs. The starving-artist thing seems to be falling by the wayside, especially for those who are living solely on the local economy. Unless you find really cheap housing, you might have to work three jobs to support yourself well.

When I came here, I found a teaching job and hung out a lot. But I was living on Czech crowns, while most students were having money wired to them. I spent most of my time with Czechs and not Americans, so I haven’t really met anyone with the same experiences I’ve had.

After a while, I moved on to a press agency where I spent my time proofreading and correcting English. It was there that I began to learn Czech. Eventually, I looked into the want ads in Annonce. I ended up finding a job in an import/export company.

And I think the key to staying here long term is to get beyond teaching English.

The Czech Republic is an interesting place. During the old regime, people couldn’t do anything beyond what they were told to do. Everyone wanted their own cubicle, their own little niche. Even now, you can rub people the wrong way if you fail to understand this. People have always had only one thing to do, though it’s changing now of course.