Is Working in Eastern Europe for You?

Now that you have a very general idea of the opportunities and cultures available in Eastern Europe, perhaps you should consider whether or not spending a year or so there is for you.

Living and working in the Czech Republic, Hungary, Poland, or Slovakia is not for everyone. Language barriers and cultural differences are serious considerations. 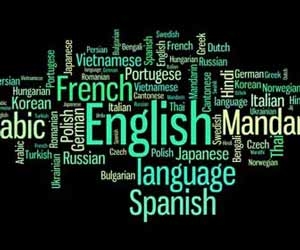 Bureaucratic red tape and lack of infrastructure are frequent gripes of those who are used to the fast life of the West.

Pollution is also a serious concern. After decades of unrestrained Soviet-backed industrialism, much of Eastern Europe’s beauty is shrouded in a haze of air pollution and undermined by water and ground contamination. Although these issues are recognized and being addressed as best they can by the new governments of these countries, it will take years, probably decades, to clean up what’s already there and make the necessary, and expensive, adjustments to industrial practices and standards to prevent further contamination.

Food can be a sensitive issue, too. A steady diet of meat and potatoes complemented by soggy vegetables and an infrequent serving of fruit is for many people the fodder of nightmares, not healthy living.

Teaching presents frustrations of its own. Though not physically demanding, any form of classroom instruction can quickly sap your stores of mental energy, leaving you feeling spent and exhausted. One grueling hour-long session in front of a room full of disinterested students is often enough to make you want to pull out your hair. And setting aside the time to prepare for your classes requires discipline.

And yet, while life in Eastern Europe is a definite departure from life in North America, there are many positive aspects to living in such world-renowned places.

Eastern Europe ultimately draws people who are interested in the rich historical and cultural traditions of the region. The region’s culture speaks through the breathtaking architecture of its premier cities, the stoic lifestyles of its rural people, and the spectacular castles and churches that dot its countryside.

If you are willing to give a little of yourself and open up to the differences that surround you, immersion in the cultures of Eastern Europe will enhance your understanding of your own culture, as well as of yourself.

In the words of one North American living in the Czech Republic:

“This is my journey to the East. It’s a kind of initiation experience, like you might find in older cultures. Life is here. I have lost hold of the structure that used to exist in my life in the West. I am no longer that person I was when I lived in the United States. My senses and values, old criteria, my worries have changed. I’ve exchanged them for new ones. … I came here hoping to be able to share something [by teaching English]. It is the richness of the personal relationships that keeps me here.”

Coping with Culture Shock (NEXT PAGE)