With crude oil around $108 per barrel and national concern over hydrocarbon emissions, the global market is poised to expand its energy options to alternative fuels. Simply put, alternative or non-conventional fuels are substitute fuels for hydrocarbon products such as gasoline, kerosene or diesel. Although the required technology and automobile companies are still a few years away from producing viable and cost efficient alternative fuels, headway is being made through research to understand how to make and utilize such products. What stands in the forefront of this debate, is whether or not alternative fuels can deliver the same performance as standard petroleum-based fuels. Here’s a fact: there are a growing number of jobs in alternative energy and renewable energy sectors. This trend won’t be slowing anytime soon. 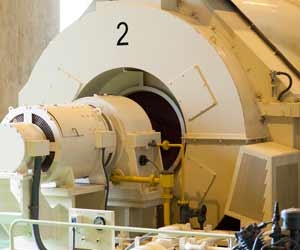 Renewable energy sources like ethanol and biodiesel fuel are on the front lines for alternative energy sources, but other sources are proving to possibly be just as-or more-reliable than both of these. One of those sources is tidal power. If scientists could find a way to efficiently harness the power of tides, then electricity could be generated from a source that releases no carbon dioxide, is renewable and is completely predictable.

Tidal forces are the result of gravitational pulls from the moon. Gravity from the moon attracts water from Earth and creates a “bulge” in the ocean, which is experienced on Earth as high tide. High tide is experienced wherever the moon is directly overhead, or if the moon is on the opposite side of the Earth. This is because the moon’s gravity actually pulls the Earth closer to it.

Tides occur twice each day and last around 12 hours. With the ebb and flow of the tides, a great amount of energy is present. Scientists theorize that this energy can be captured by using dams that are similar, but much bigger, than hydro-electric dams. The dams have turbine, which is connected to a generator. When water flows outward, the turbine turns, which then generates electricity through the generator.

Although tidal energy is still in the future-scientists are still looking for ways to make it efficient-it could be a great source of energy. Some estimates say that one tidal energy plant could provide Great Britain with 20% of its energy needs. One of the problems with tidal energy, however, is that there are only a handful of places where it is possible. Additionally, power can only be generated when the tides move in and out which means that energy can be generated only ten hours a day.