Whereas biodiesel is pumping the way for alternative forms of energy in the commercial sector, ethanol is making the case for alternative fuels in cars everywhere. Ethanol is a high-octane fuel that is produced domestically from corn and other renewable sources. Ethanol is essentially grain alcohol, and it is blended with gasoline to create fuel with lower costs, higher octane levels and less harmful emissions. 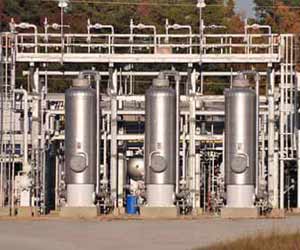 For use in your automobile, ethanol is blended with unleaded gasoline. There are two blends of ethanol and gasoline that are efficient. The most common blend is 10% ethanol and 90% gasoline. This mixture will power cars and requires no changes to your existing engine. The other combination called E85 is comprised of 85% ethanol and 15% unleaded gasoline. E85 is being used widely in flex-fuel vehicles. In order to boost ethanol use and acceptance, the United States Government has offered tax benefits to automakers for each flex car they produce. Although the 10%-90% ethanol mixture has been in use for several years, the high percentage E85 mixture cannot to be used without modifications to existing engines.

Ethanol is gaining support because it is made from a renewable source and because it’s environmentally friendly with lower emissions. Ethanol also has a wide array of economic values also. Ethanol production either directly or indirectly contributed to 200,000 American green energy jobs and an increase in this sector could add many more jobs. Ethanol production adds hundreds of millions of dollars to state coffers. Ethanol also gives farmers a new market and increases their income.

In environmental terms, ethanol is on the cutting edge of reduced emissions and healthier landscapes. The American Lung Association has recognized ethanol-based fuels as a key contributor for a 25% reduction of smog-forming chemicals since 1990. Ethanol lowers carbon monoxide emission from you car by up to 30%, reduces exhaust VOC emissions by 12%, reduces toxic emissions by 30%, and reduces carbon dioxide greenhouse gasses by a staggering 35% more than gasoline does.

Ethanol’s biggest asset is that it comes from the renewable resources of farms from around the world. Ethanol can be synthesized from any plant that contains sugar. Although it is most commonly made from corn, ethanol can be synthesized from sorghum, wheat and barley. The world’s largest producer or ethanol, Brazil, begins the process using sugarcane. Ethanol production is an eight step process that begins with the growing plants, such as corn. Once the corn is ready to be harvested, it is then processed into small particles. This process is necessary to remove cornstarch, which is a critical ingredient in the fermentation process. The cornstarch is ground into a fine powder where it is mixed with water and an enzyme called alpha-amylase. This enzyme helps break down the starch even further into a mash that is heated between 120 and 150 degrees to convert the starch to liquid. Once a liquid, the heat rises again to 225 degrees to break it down even further.

Once the mash has been cooked, it is then cooled and glucoamylase, another enzyme, is added which converts the mash into a sugar that will be used in the fermentation process. After a 48 hour fermenting period, the mash will contain somewhere around 10 percent ethanol. The entire mixture-which also contains water and other solids-is then heated again to evaporate the ethanol, which will then be cooled and passed through a dehydration system that will eliminate any water that is still in the batch. At this point in the process, the ethanol is a 200 proof grain alcohol that will get even the largest alcoholic buzzing. It is a requirement that all ethanol be made unfit for human consumption, and this is done by adding a small amount of gasoline to the finished product. The ethanol is now ready to be shipped to E85 fuel centers located around the country.