Oil is often pumped out of the ground in very remote locations or offshore. Somehow it has to get to the refiners who turn it into products for end users.

The least expensive, most convenient, safest, and most popular method of transporting oil and gas around the world, both on land and short distances under the sea, is through a vast network of pipelines. In the United States alone there are more than 180,000 miles of liquid petroleum pipeline operated by a couple of hundred pipeline companies (there are 300,000+ miles of natural gas pipeline too). It’s the largest network of oil pipeline in the world; Europe’s network does not compare. Of course, there are hundreds of thousands of additional miles of pipeline elsewhere in the world. And new pipelines are built every year.

On the following pages we profile a number of common jobs: 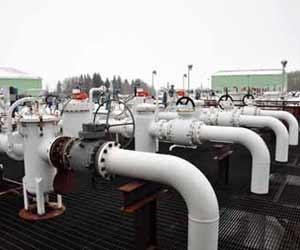 QUICK FACT: Pipelines transport approximately 70% of America’s petroleum whereas tankers transport most of the rest.

Here are some pipeline basics.

The main function of pipelines is to transport crude oil to refineries, refined oil products from refineries, and natural gas. More specifically:

FOR CARS AND TRANSPORTATION:

FOR CONSUMER PRODUCTS AND FEEDSTOCK:

To build a pipeline takes a huge initial investment, but once it’s built, the cost of labor and pipeline maintenance are fairly low. Contrast this to the cost of building and running tanker ships, another popular means of oil transportation. It costs far less to build a tanker than a pipeline but over the long run it’s more expensive due to fuel costs, staff, and maintenance. Of course, if you need to transport oil long distances over sea, then tankers are the main option. Overland, it’s all about pipelines!

Due to the huge cost most pipelines construction projects are managed by several companies in a joint venture.

The pipe used in crude oil pipelines tends to be large in diameter — 3 feet or more. Construction is no easy task as engineers and pipeline labor have to traverse mountains, deserts, cross rivers, and deal with a variety of obstacles. Every 20 to 100 miles there are pumping stations which use diesel or electric engines to keep the oil moving along between three and five miles-per-hour. Pipelines are monitored around the clock by sophisticated electronics equipment.

For many, when they think “oil pipeline,” the Trans-Alaska Pipeline System (TAPS) comes to mind. Built in the mid-1970s for approximately $8 billion, it took more than 25,000 laborers, thousands of contractors, 100,000 pipeline pieces, 78,000 vertical support members, and hundreds upon hundreds of state and federal permits. According to Alyeska Pipeline Company, 31 lives were lost. Oil from the pipeline makes its way to shore terminals where it is loaded onto tankers and shipped down the coast to other pipelines and to refineries.

Unlike TAPS, most pipelines are below ground.

Not all pipelines are constructed overland or underground, however. The oil and gas industry relies heavily on underwater pipelines to get crude from its offshore drilling rigs to land. Unlike pipelines on land, underwater pipe may be smaller in diameter and can be unrolled from huge spools hauled on barges. Using this type of pipe means little to no welding. Steel pipeline is also used, but must be welded prior to being laid out on the sea bed.

One might think they could watch product flowing through a pipeline it would look all the same. That’s not the case. Petroleum products are ‘batched’ and sent through the pipeline together or in a sequence by product grade. A batch is a quantity of one product or grade that will be transported before a second product or grade is injected into the pipeline.

Drillers often find natural gas in the same places as crude oil. Like crude, natural gas is brought out of the ground and shipped to refineries for processing. From there it moves through a combination of main pipelines and smaller, localized ones that distribute gas to business and homes.

In the U.S, oil pipelines are considered to be transportation, short-term storage and logistics services. Pipeline operators do not actually own the product within. The term “Common Carrier” is applied to nearly all pipelines and means that any shipping company can contract for space. Pipeline companies cannot discriminate in who the give space to, instead doling it out on a first-come, first-serve basis. Rates and conditions of service for interstate pipelines are governed by the Federal Energy Regulatory Commission (FERC).

The security of pipelines is extremely important and there are safety and environmental concerns as well. Some of the many overseers include the Department of Homeland Security, Occupational Safety and Health Administration (OSHA), Office of Pipeline Safety, Bureau of Land Management, Environmental Protection Agency, and others.

QUICK FACT: According to the Association of Oil Pipelines, since the 1970s, pipeline safety has increased significantly, with spills decreasing by more than 60% while there has been a sizeable increase in the amount of oil and petroleum products transported.