Hidden deep in Northern Alaska’s wilderness lies what some people believe could be the solution to America’s high oil prices. Hidden in that same wilderness, however, is an area that some people argue is America’s last pristine wilderness. The area in question is known as ANWR or the Arctic National Wildlife Refuge. Located completely above the Arctic Circle and only 1,300 miles south of the North Pole, ANWR is in question because its potential for energy could destroy natural beauty. 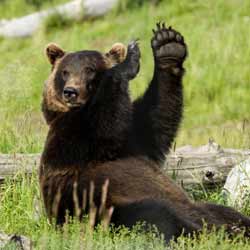 ANWR is one of several sites in the national wildlife refuge system. Theodore Roosevelt put the national wildlife refuge system in place in in 1903, and being a part of it means that ANWR is an area set aside to preserve and restore wildlife. However, ANWR is not completely governed as a refuge. It is broken up into three parts: refuge, wilderness and a third area known as the ANWR Coastal Plain that is bordered on the north by the Beaufort Sea and on the south by the ANWR Wilderness Area.

The area has been dubbed the “10-02” Area, after section 10-02 of the Alaska National Interest Lands Conservation Act (ANILCA), the Congressional bill that expanded ANWR in 1980. Section 10-02 of ANILCA designates 1.5 million acres of the northern section of ANWR for “oil and gas exploration.” Thus, the coastal plain area is not classified as “refuge” or “wilderness,” but has been set aside by Congress for the specific intent of oil and gas exploration. Geologists agree that potentially huge hydrocarbon deposits are in this reserved area, and several companies such as BP Global have petitioned to open the area. If successful, they could have access to an area with perhaps the highest onshore petroleum reserves yet to be explored in North America. It is estimated that the potential of recoverable oil on the Coastal Plain contains billions of barrels of oil and trillions of cubic feet of recoverable gas. This could lighten America’s dependence on foreign oil and could create upwards of 736,000 new jobs within the industry.

Opponents of proposed drilling site endangered wildlife and oil spills as reasons not to drill on the coastal plain. The area is filled with wildlife like polar bears, caribou and arctic foxes and located 60 miles east of ANWR is Prudhoe Bay: North America’s largest oil field that accounts for about 25 percent of the United States’ domestic oil production. It is also home to over 400 oil spills a year, which has fueled evidence that drills on the coastal plain would be detrimental to wildlife, whereas supporters of drilling argue that oil technology has been environmentally optimized.

Overview of Oil and Gas Refinery Jobs (NEXT PAGE)