Oil was first discovered in Alberta in 1902, and its production continues to fuel the province’s economy. Alberta’s oil sands has proven reserves of about 168 billion barrels.  This ranks third in the world for proven crude oil reserves (after Saudi Arabia and Venezuela). The province receives more than $2 billion from crude oil production. Approximately one-seventh of Alberta’s population of 3.7 million population are employed by the petroleum industry. It is obvious: oil is pumping up Alberta’s economy. 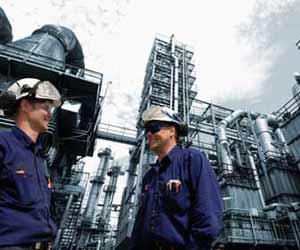 At its peak, 19,800 total wells were drilled comprising of 11,603 Natural Gas wells and 3,366 conventional oil wells. From those reserves, Alberta was able to produce 543,000 barrels per day (bpd) of conventional oil, 518,000 bpd of minerals through surface mining, 1.98 million bpd of crude oil, and 13.2 billion cubic feet per day of natural gas. Alberta’s petroleum industry has been able to generate in the neighborhood of $80 billion dollars through oil and gas byproducts.

The oil sands workforce is comprised of thousands of international workers. Estimates say that more than 42 percent of oil sands employees are from outside the providence, and almost one third of the Gross Domestic Product that is impacted from wages generated from the oil sands are for locations outside of Alberta. Employers are recruiting continuously in Canada and beyond.

Alberta’s revenues are poised to grow as further explorations of Alberta’s oil sands pump more fuel into not only the province’s economy, but the United States’ economy as well. The oil sands have attracted oil companies such as ConocoPhillips, ExxonMobil and Royal Dutch Shell. Oil sands production is forecasted to grown to 3.7 million barrels per day by 2020 and 5.2 million barrels per day by 2030.

Because of the physical difference with bitumen, it must be treated differently in order to convert it to crude oil, which can then be converted to gasoline and diesel.

The oil sands are generally located in northeast Alberta, near Fort McMurray, and their presence has boosted Canada’s total oil reserves by double-digit percentage points. The Canadian federal government will receive nearly 50 percent of its budget through oil sands revenue.