For years it has been a trend for college students to study computer science. Those jobs are certainly still in demand, but some students have learned that geoscience has serious potential as well.

Oil and gas companies – large and small – have started to recruit from U.S. colleges and universities in a big way lately because demand far outstrips supply. They’re looking for new graduates and a large number of summer interns. 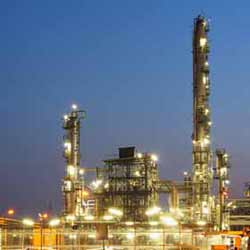 A combination of the following factors has employers scrambling:

Students have found that they can land jobs out of college paying $60,000 to $75,000 per year with oil companies. One recent study showed that the average job offer made last fall to undergraduate petroleum engineers was in the neighborhood of $70,000, and the highest of any categories in National Association of Colleges and Employers’s survey. Starting pay for geologists is lower but still excellent.

It used to be the norm that without a Master’s degree in the geosciences you would have a tough time finding quality, high paying oil and gas jobs. But beggars can’t be choosers, as they say , meaning that employers are more willing now to hire undergraduates and train them. In a sharp parallel to the computer science arena, U.S. universities simply aren’t churning out enough people with a Master’s level education in the geosciences.

A great many colleges and universities have educational programs for petroleum engineers and geologists, which had been weak fields in recent years. Enrollment is definitely up from what it was ten years ago.

Looking for a quality, well-known geoscience programs? Check out the University of Texas, Massachusetts Institute of Technology, and Colorado School of Mines

If you happen to get a job offer, then be sure to negotiate wages smartly. Some companies have been known to give signing bonuses to the right candidates.