New Mexico has been a leader in the United States’ petroleum production for decades. The state has the Permian Basin on its eastern side and the San Juan Basin on its Northwestern borders. The resulting economic benefits of these natural gas and oil fields has fueled great growth for cities and towns nearby. 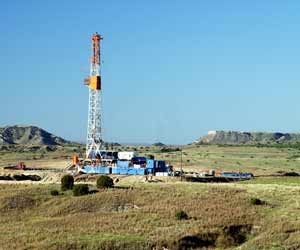 Nearby the rugged San Juan Mountains and adjacent to the desert highlands of Arizona and Utah lies Farmington, New Mexico, where the sun shines 273 days a year. Once a tranquil town, the city has experienced population growth over the last eight years. The city has a population of 45,300+. Farmington is the largest city in the Four Corners area, which is the only geographic point in the United States where you can stand in four states at once: Utah, Arizona, Colorado and New Mexico. The city is only 60 miles down Highway 160 from this landmark, and the town boasts a pleasant climate year round with only 7.5 inches of rainfall and 12.3 inches of snowfall. At an altitude of just 5 feet, Farmington is not only an excellent destination to visit, but an excellent place to live and work.

Many factors have contributed to Farmington’s growth, but oil, natural gas and mining are Farmington’s largest industries and the largest contributor to its expansion. The industry employs approximately 25,000 people and companies like ConocoPhillips are located in the region. Fueled by the oil and gas industry, unemployment is lower than the national average.

The area is historically significant, as it is the traditional home of many Native American tribes including Navajo, Jicarilla Apache, Ute Mountain Ute, Southern Ute and Hopi Nations. The city is also the home of the Connie Mack World Series where baseball players 16-18 compete for the national title. There are several great golf courses in Farmington, too.