Oil production is in decline in some regions of the world but not in Canada. There it’s increasing due to vast oil sands deposits located in remote areas of Alberta, Canada. If you haven’t heard about the oil sands already, then it’s time you learned, because the discovery of the oil sands coupled with improved, more cost effective refining methods have propelled Canada into the top 10 of oil-producing countries. 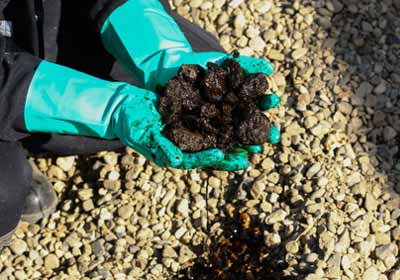 Oil companies have invested incredible amounts of money and resources into oil sands production and the payoff looks to be tremendous over the long haul. The cost to produce a barrel of oil from oil sands has gone down with better technology and the price per barrel keeps going up due to increased worldwide demand. Years ago, when the concept of extracting oil from oil sands first originated, industry analysts and investors were extremely skeptical. That’s all changed now, of course. The oil is being produced in large quantities. One obstacle the oil sands companies are having a hard time overcoming is the shortage of workers.

JobMonkey provides you with an overview of oil sands and oil sands employment opportunities so you can determine whether you’re qualified and interested in these jobs. It’s not for everyone. Employees are stuck for long periods of time in a fairly remote region of Canada — 600 miles north of the Montana border. The work for many is physically demanding and long hours are typical. In winter, the sun only comes up for short stretches and it is cold and snowy. Employees are willing to make the commitment, and overlook the bad aspects, because the pay is tremendous.

In the following pages you’ll learn about oil sands, the types of jobs available, the employers involved in oil sands production, and about Alberta, Canada.