BP Global is a world leader in petroleum exploration, production, refining and marketing. Headquartered in London, BP is the child of a merger between British Petroleum (BP) and U.S. oil company Amoco (short for American Oil Company). The corporate merger resulted in BP Global, which is Britain’s largest company. 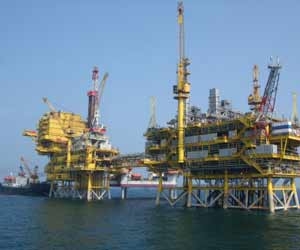 BP’s rise to become one of the top three oil producers in the world is the result of more than a century’s worth of mergers, buyouts and lucky finds. In 1889, Standard Oil was founded as a subsidiary of Standard Oil Trust. In 1911, Standard Oil Trust was dissolved by Congress’ enforcement of Senator John Sherman’s “Anti-Trust Act” of 1890. Standard Oil then became Standard Oil of Indiana, and over the next decade, the company purchased Pan American Petroleum. In 1914, Standard Oil of Indiana then licensed “thermal cracking,” a refining process in which temperatures of around 800 degrees Celsius and pressures of 700kPa are used to breakdown, rearrange or combine hydrocarbon molecules found in crude oil and natural gas into more practical forms such as kerosene or gasoline. In 1925, Standard Oil of Indiana then acquired controlling interest in Pan American Petroleum and Transport Company, and, in 1954, Pan American and Standard of Indiana merged and the new company that was born was the American Oil Company or Amoco. 45 years later British Petroleum (BP) CEO John Browne then engineered a $57 billion agreement with Amoco, and the company became BP Amoco and the world’s second-biggest publicly traded oil producer.

Find a job with BP on their careers page.

BP is broken down into several branches: Exploration and Production, Refining and Marketing, Pipelines, and Gas, Power and Renewables. The company’s upstream sector involves active exploration and production in more than 20 countries. The company has access to more than a dozen refineries.

BP’s purpose is to “provide products that satisfy human needs, fuel progress and economic growth and to maintain and invest in a sustainable environment.” This goal was moved along through the company’s thousands of service stations worldwide. These stations allow the company to sell millions of barrels of refined product each day.