If your oil and gas job has you working on a pipeline, then these terms are good to know.

BLOCK VALVE: There are different types of block valves which, when closed, may stop the oil from flowing in either direction. Types include remote gate valves, manual gate valves, and station block valves (for both suction and discharge).

BREAKOUT TANK: Pipeline operations use breakout tanks to hold oil in the event of a sudden surge or to take on and store oil for a time before it is re-injected into the pipeline for further movement.

CHECK VALVES: These valves are designed to operate one-way and stop oil from reversing flow. Flowing oil holds this type of valve open, and they close by themselves when oil isn’t flowing or changes flow direction. 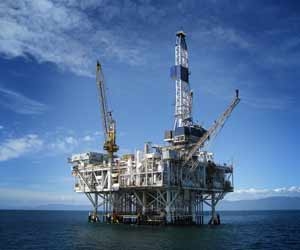 DISCHARGE PRESSURE: The oil pressure as it leaves a pump station.

DEAD WEIGHT TONS (DWT): Refers to the weight of the oil cargo

GATHERING LINE: Narrow diameter pipeline used to aggregate crude oil from an oil field to a single point before moving it to the main pipeline for further transportation.

LINEFILL: Total amount of oil in a pipeline from the originating station to the end oil terminal.

MANUAL GATE VALVE: As the term implies, these are manually operated block valves. Manual Gate Valves are placed in check valve sections from time to time in order to ensure more positive isolation than check valves can provide.

MAXIMUM ALLOWABLE OPERATING PRESSURE: A rating that indicates the maximum amount of pressure a pipeline or section of pipeline can be operated under Department of Transportation (D.O.T.) regulations under normal operating conditions. This may also be referred to more simply as a pressure rating.

PACKLINE: When the flow of oil completely fills the pipeline. This term contrasts to Slackline (below).

PERMAFROST: This term applies to ground that is continuously at a temperature below 32 degrees for more than two years. Very common in Alaska and Siberia.

PIG: Placed inside the pipeline, the pig device cleans residue from the inner walls of the pipeline sections. Oil flowing through the line pushes the pigs along.

PRESSURE RELIEF VALVE: This type of valve opens automatically and relieves pressure in the pipeline, which keeps pressure at the desired levels.

PRESSURE SPIKE: Sudden, short-term increase in pressure within the pipeline.

PRESSURE SURGE: A sudden spike in pressure within the pipeline moving at sonic velocity. A pressure surge occurs when there’s a sudden change in speed (velocity) of the crude oil stream often resulting from the shut down of a pumping station, valve closure, or some other blockage of the oil flow.

SLACKLINE: When the flow of crude oil fails to completely fill the pipeline.

STATION BLOCK VALVE: At a pump station there are two sides: 1) Inlet or oil suction side and 2) outlet or oil discharge side. Gate valves are located at both sides to separate the pipeline from the pump station in case of an emergency.

SUCTION PRESSURE: This term refers to the pressure of crude oil when it arrives at a pipeline pump station.

TELLURIC CURRENTS: If you have heard of the Northern Lights, then you may know that they’re generated by electrical currents from the earth’s surface (both sea and land). Telluric current is the name for these naturally occurring low-frequency electrical currents. Oil companies examine the currents when analyzing petroleum reserves.

THERMAL EXPANSION: Lengths of pipe may expand with varying temperatures of the flowing crude oil.

TOPPING UNIT: Sometimes pipeline operations use topping units — which are small scale refineries — to make turbine fuel out of crude flowing through the pipeline. The fuel powers the pumping stations.

ULTIMATE STRENGTH: Pipelines will break or rupture when they reach the steel reaches or exceeds its ultimate strength level.

VERTICAL SUPPORT MEMBER (VSM): A support for the above ground pipeline sections.

YIELD STRENGTH: Pipelines may bend or stretch or otherwise yield when they reach a certain stress level. The yield strength is that stress point.