Reading or watching the news we often hear the term “Crude Oil,” but the common person probably can’t describe what it is. Crude oil is most commonly located in natural reservoirs under the ground. It can best be described as yellow to black in color and with an unpleasant odor. It takes specialized engineers and scientists to find crude oil. These highly trained specialists will examine rocks and soil samples from the ground in specific, targeted areas. If the results of the rock studies at the site are promising then a petroleum company may decide to begin drilling. You will learn much more about crude oil production and the various oil and gas jobs as you read our other pages.

Where does the world get most of its crude oil? 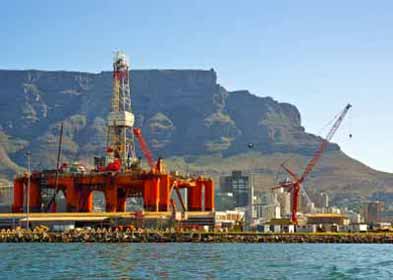 Of the crude oil produced in the United States, more than 25 percent is comes from offshore in the Gulf of Mexico. But many states produce a significant quantity of crude oil.

Oil that is produced in the United States is said to be ‘domestic.’ The amount of domestically produced oil has been decreasing over the years. Unfortunately, the demand for things made out of crude oil (gasoline, diesel fuel, heating oil, etc.) or with petroleum-based components (plastics, medicines, food items, and much more) has been skyrocketing, which means more foreign-produced oil is needed. The U.S. gets roughly 58 percent of its petroleum products and crude oil from other oil producing countries.

INTERESTING FACT?Did you know that only a little more than half of every barrel of crude oi l gets turned into gasoline? That’s right. The other half is used in other ways by specialty manufacturers. Here are some other products made from the output of an oil refinery: