Biodiesel is an alternative fuel that is synthesized from the oils and fats found in soybean oil. The oil and fatty substance in soybean oil are hydrocarbons like crude oil found around the world. Once the hydrocarbons are extracted, they are mixed with methanol and a catalyst, which is commonly sodium or potassium hydroxide. The ensuing chemical reaction produces biodiesel. Biodiesel production costs range from around 50 cents to 90 cents per gallon, and what is interesting about biodiesel is that it can be synthesized from your home in small batches. Biodiesel processors are now available on the market for everyone to use. Making biodiesel is simple. Once you have the necessary processors, all you need is oil, which any local McDonalds has in excess. 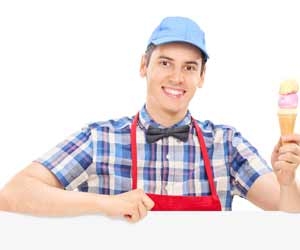 Biodiesel is fueling the way lowered dependence on oil reserves. Biodiesel is an Environmental Protection Agency (EPA) registered renewable, clean burning alternative fuel that can be used either in conjunction with, or as a complete substitute for petroleum diesel. Contrary to diesel’s origins as crude oil, Biodiesel is synthesized from natural oils like soybean oil, which is not only renewable but is grown domestically in large quantities. Biodiesel can be a useful by itself, but a mix of 20% biodiesel combined with 80% petroleum diesel is the most efficient “mixer,” that balances carbon emissions and cost increases within fleet operations.

Biodiesel is even cost effective, and a tax initiative from the federal government is making it even more inexpensive to produce, which is helping biodiesel become readily available in a growing number of gas stations around the country.

If you already own a diesel engine, the switch to biodiesel is seamless. Biodiesel can be used with existing petroleum diesel engines, and it requires little or even no modifications to the existing engine or fuel system. The only thing to look out for is biodiesel’s natural solvent property that could release deposits that are accumulated on gas tank walls.

As biodiesel research and knowledge increase, the move toward the mainstream market has received more and more credibility. Individuals have already begun to see biodiesel as a viable alternative, but it is just recently that corporations have begun to see the same advantages to the fuel. Several years ago, Corporate Express, a computer and office product supplier based in Broomfield, Colorado, announced that it would put hybrid trucks designed by Isuzu to the test in its delivery fleet. Corporate Express was one of the first companies to put biodiesel to the test. The trucks tested contained 20% biodiesel and 80% petroleum diesel, which is considered to be the optimal mixture in terms of cost, lowered emissions and steady performance. The goal for Corporate Express was not to lower costs, but to lower negative environmental impact.

Another example of converting from petroleum diesel to biodiesel, is fresh vegetable company Dole Food. Several years back the company converted 95 pieces of farm equipment – including tractors, harvesters and transport vehicles – to run on B20 biodiesel. The change is unlikely to lower Dole’s production costs, but it will lower their carbon dioxide and carbon monoxide emissions by a substantial percentage. These lowered emissions are in line with Dole’s mission to quality products.