Picturesque scenery and spectacular rock formations dot the landscape of New Mexico. But underneath those landscapes lies a large amount of crude oil that makes New Mexico one of the nation’s largest producers of oil and natural gas. The state’s natural gas production is nearly 5.3% percent of the United States’ total production and the state ranks 6th for total crude oil output. 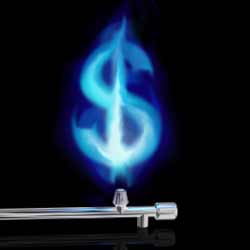 In eastern New Mexico, the 75,000 square-mile Permian Basin constitutes a large portion of that production. Located just five miles from Texas and directly within the Permian Basin is Hobbs, New Mexico: a close-knit community considered to be the “Oil Capitol of New Mexico.” Sitting with an elevation of 3,621 feet, this leader within New Mexico’s petroleum industry has attracted many of the nation’s top oil and gas companies. Having its first oil field discovered in 1928, Hobbs’ oil industry today employs over 10,000 people, which means low unemployment (3.4) compared to the national average. Incorporated as a city in 1929, Hobb’s population of 35,000 makes up more than half of Lea County’s total.

The town also has many opportunities for recreation including gliding and soaring. Hobbs is the home for the Hobbs Soaring Society, Soaring Society of America, Inc and the National Soaring Foundation which will provide any adventure seeker with ample opportunity to soar. The city has a mild climate with dry, windy springs and warm summers and is only two hours southeast of Roswell, the site of the famous UFO controversy.