Beyond the divisional D-Team is the National D-Team. This is a truly select group of instructors. Every two years, approximately eighty instructors compete for one of ten open positions. While the qualifying events are competitive in the extreme, judging in many areas can be quite subjective. Because everyone at this level skis so well, candidates are often measured on all aspects of their persona – from teaching style to how easily they mingle in the bar after hours. Like the Blue Angels who represent the Navy in everything they do, National D-Team members are held up as model ski instructors.

Each fall, National D-Team members train on Colorado’s early season snow, and much of their time is spent reviewing PSIA’s ATS system to provide input to the national educational committee. Many of their suggestions find their way into instructional curricula used at your local ski area. 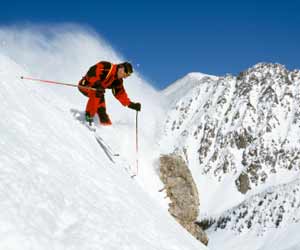 The Interski Event (NEXT PAGE)