George Thomas has worked various jobs in the ski business for more than a decade. He worked as a ski rep for Blizzard at one time.

It’s 3:30 Sunday afternoon in Park City, Utah. George folds up his table, bags his twenty-six pairs of demo skis, loads his van, and heads down the road to his motel room in Salt Lake City. It’s been a long week but fortunately the weather has been good and he has managed to improve his tan while standing outside promoting skis. George is also pleased about the positive feedback from most of the several hundred skiers who have taken his skis out for test runs. 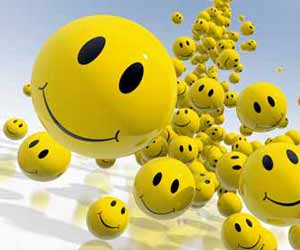 But still George is a little worried. Between passing out demos at Park City and helping sell skis off the rack at a large Salt Lake City sports store, he has been trying to improve the numbers of his skis sold relative to other brands. George represents an excellent line of skis, made in Austria at a state-of-the-art plant. But with a modest marketing budget, name recognition is weak among skiers shopping for new equipment. After hearing George’s sales pitch and nodding in agreement, too many customers still head to the big three, K2, Rossignol, and Salomon. George’s concern is the annual SnowSports Industries of America (SIA) sales show coming up soon. He knows the chain is going to eliminate several of the brands carried and introduce one or two new lines to see how well they do.

George grabs a shower and roams around near the University of Utah campus until he finds a nice Mexican restaurant. An attractive waitress notices George’s van emblazoned with the ski brand logo and offers that she’ll be up skiing the next day. George sighs, stares into his beer, and wishes her a good day on the hill. About the time she’s putting on her boots the next morning George has already passed the remote truck stop at Snowville heading west on U.S. 84 for Seattle. He has appointments to keep with shop owners 900 miles away on Wednesday morning. George looks forward to a home-cooked meal in La Grande, Oregon, at the home of a friend who’s attending school there. He’ll be in Seattle Tuesday afternoon, unload his gear, do laundry, wash the van, and return most of the sixty-two calls on his answering machine.

The drive’s not too bad most of the way. He interrupts playing CDs for news of weather over the Blue Mountains, and sweats reported pass closures over the Cascades due to blizzard and avalanche hazards. If he has to skirt the mountains by driving from Pendleton, Oregon, down the Columbia Gorge to Portland and then up I-5, he’ll add another five hours to this haul. Oh, well. George has made the Salt Lake City to Seattle round trip two times over the past forty-five days and will be back at least once more. Too bad the van’s heater is acting up.

George’s road-weary life as a ski rep results in about 30,000 driving miles in just under six busy months. Thankfully, he can hop a flight to Alaska to check in on the handful of accounts he services there. At least the minivan he drives is well outfitted: V-8 engine, power steering, cruise control, CD player, and bucket captain chairs with arm rests and cup holders. It is leased from his company, the North American distributor for the ski manufacturer, which is in turn owned by a large Vienna-based syndicate.

On the passenger’s seat piled in a large heap are CDs, sunglasses, gum, a coat, a wallet, an appointment book, a briefcase, a shaving kit, an automobile log, maps, a Gameboy, and a box of ski keychains to give away. In the back is at least one ton of gear.

Three dozen pairs of skis lie in a plywood box. On top of that are several boxes of sample ski boots and bindings. Next to them are a collapsible ski tuning bench and a professional wax kit, essentials of the trade. Banners, an outdoor cabana, ski stands, posters, a tool box, lighting, and trade show wall displays complete his kit. Thrown on top of all that is his personal ski gear in two large cargo bags and a rack of shirts and slacks for meetings with shop owners and managers. For all the gear he packs and moves in and out of the van, George says if he ever gets tired of repping he can easily get a job with a moving company.

Despite the relentless travel schedule and sales quotas he must meet, George has an easygoing attitude, is quick to smile, and exudes enthusiasm for the sport of skiing and his product lines. His easy rapport with shop owners and the skiing public is part natural and part from having worked several years in a retail ski shop dealing with customers on a daily basis.

As the ski season winds down, George begins to find a little more time off to get out skiing himself. When he was working in a ski shop he skied about sixty days per season. As a rep it’s now about twenty-five days per season, and many of those days are abbreviated in order to meet with accounts in the early afternoon. Last year George took off for a week in Sun Valley. This spring he and some fellow reps will fly to Alaska for a week of helicopter skiing. During July and August he can be found spending a lot of time sailboarding in the Columbia Gorge.

For George ski repping is a great life. During the winter he’s hard at it six days a week, sometimes seven. Business starts picking up in September with sales, clinics, and helping out shopkeepers before they hire additional winter staff. Around Christmas he finds a little time off. January is filled with company sales meetings and planning for the trade shows. March is the sales month. George loves his life because he sets his own schedule and, essentially, works for himself. It’s a business in which a lot of money changes hands. With a little diligence, by the time George is in his late forties he hopes to have a lot more of it for himself, and dreams of buying a nice house and maybe his own airplane.