Ski writing is less confining than public relations, but it is also less secure as a job and usually less financially rewarding. Like so many resort industry jobs, part of the benefits have traditionally included the perks of working in a “play” occupation. The bottom line? The pay can be terrible, especially if you work for yourself. 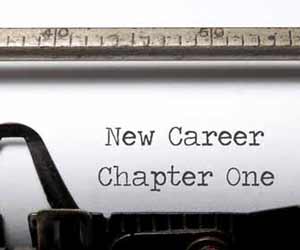 The good and bad news is that ski writing is rarely a full-time job. Few people land on staff at a ski publication. Most people freelance and even full-time freelance writers don’t do ski writing full time.

A popular route is to be a travel writer, concentrating on ski writing in winter and other subjects (which could range from other outdoor travel such as hiking, biking, and SCUBA diving to more traditional travel writing about cities or cruise destinations) the rest of the year.

But it’s even more common for a ski writer to have another occupation entirely. John Naye of Bellevue, Washington, works in real estate investment development. His ski writing job began twenty years ago when he sized up a weekly newspaper in southern California, realized the paper served an affluent, sports-minded audience, and managed to convince the editor he should write a regular ski column. Though he always liked writing in school, he had never even taken a writing course.

After five years, Naye moved to Washington state and, armed with a portfolio filled with his columns, sold a medium-size daily on the same idea.

Today he does twelve to fifteen columns per ski season. Each column is about 800 words long and takes about two hours to write (plus visiting the featured area or interviewing people on the subject).

But the money is not why he does it:

“I couldn’t pay my rent for a month with what I earn ski writing in a year. In my best season, I don’t think I made more than $2,500. But on the other hand, since I don’t look at this as a major revenue source, I don’t have to sell and sell and sell. I can enjoy the skiing and not overburden myself.”

Ski writing as a profession is also somewhat unique in that it includes people who are ski professionals who also happen to write. You’ve seen columns in ski magazines by ski racers and watched broadcasters who also were racers. But you don’t have to be a champion racer to be a ski journalist. Many columns and stories are written by ski instructors and others in the profession.

One of the most pleasant benefits of ski journalism is the chance to visit resorts on familiarization trips. These trips are often at least partially sponsored by the resorts. It’s a chance to do some serious skiing but it also means hard work lugging heavy photo gear, setting up shots, interviewing people, and touring an area thoroughly while vacationers are out there just playing.

For John Naye and others in the field, the pure joy of this job is the opportunity to work at something you really like, as well as the chance to see its inner workings:

“It gives me license to ask questions about how the business functions.”

It is exciting to know that you are on the cutting edge of what’s happening in the industry, that you can just pick up the phone and arrange to be personally shown around the world’s most famous resorts, and that you are on a first-name basis with famous people (everyone from resort owners to racers) in skiing.