Aviation maintenance mechanics (A&P mechanics) are the nuts and bolts of the airline industry – corny but true. Without a properly working aircraft, all those travelers and packages would never get off the ground.

While mechanics may not have a glamorous role in the airline industry, it certainly is an important one. With certification as an aviation mechanic you’ll have little difficulty getting a job. 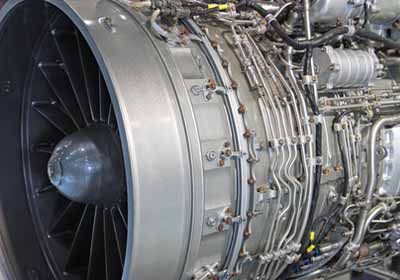 As a maintenance veteran explains:

Our work involves maintaining the aircraft on the through-flights here during the day to keep the operation moving smoothly. At night there are calendar control inspections on the aircraft that have to be accomplished repetitively. Getting those aircraft up and ready for service in the morning is our priority.

Technicians service and repair all aircraft components and systems, with each position responsible for a different section of the aircraft. While apprentice or assistant mechanics may be unlicensed, actual aircraft mechanics must be licensed by the FAA to repair particular parts of the aircraft. Airframe mechanics work on an aircraft’s frame, powerplant mechanics work on the engine, and the FAA’s Repairman Certificate allows a mechanic to work on specific parts of the plane, such as propellers, radios, or flight instruments.

It’s common for aviation maintenance mechanics to obtain certification in both airframe and powerplant maintenance so that they will have more hiring potential. That’s why aviation mechanics as a group are commonly referred to as A&P mechanics. Increasingly, there is a demand for A&P mechanics who also are able to work on the many instruments and gauges that pilots rely on when flying. This division of the industry is called avionics. As aircraft technology becomes more advanced, there will be increased need for those with the skills required to maintain and repair such costly and complicated equipment.

As an aviation maintenance mechanic you can rest assured that you will be valued as a crucial link in any airline’s chain of operations. After all, without a properly functioning aircraft, travelers cannot reach their destinations.

In this position, you will receive excellent pay and benefits, including medical, dental, profit sharing, and, of course, free flights for you and your family.

As an aviation maintenance mechanic you may be called upon to work long hours that may include night, weekend, or holiday shifts. You’ll work outdoors regardless of weather – and that can mean summer in Tucson or winter in Fargo. You will be subjected to extended periods of loud noise and getting dirty. You’ll also be subjected to layoffs and furloughs just like anyone else in the industry, although the more training and certification you have the more job security you’ll enjoy.

In addition, the aviation training required to get the job is among the most extensive of all airline jobs. As an A&P line manager says:

Anybody we hire that is a mechanic has to have an airframe and powerplant mechanic’s certification. The A&P course is basically a two-year program requiring thirty hours per week of course instruction before you are eligible to take the FAA test. So there’s a considerable amount of time dedication for someone considering getting into A&P mechanics.

In order to get hired as an aviation mechanic you must have an airframe or powerplant license, experience with the type of aircraft you will be working on, a high school diploma or its equivalent, and a good driving record and the ability to drive trucks, hangar vehicles, or other motorized equipment. Most of the major airlines require up to five years of experience working on heavy jets before they will consider you for a job. You’ll also be expected to have good communication skills, be able to lift up to fifty pounds, work under pressure and as a team player, and be willing to work weekends, nights, holidays, and overtime. Many airlines will require you to have your own set of tools to perform routine aircraft maintenance.

A manager who is responsible for hiring A&P mechanics describes the current hiring outlook and gives his own advice:

We’re not looking for someone who just has a piece of paper and the tools to do the job and the willingness to work in a team atmosphere. Basically an individual has to be highly motivated. It’s so competitive. We are looking for people who show enthusiasm and have a good attitude. We want someone who is dedicated and motivated to give us what we need to keep things going well.

In order to qualify to take the FAA mechanics exams, you must work for a specified period of time as an apprentice with an airline, or take an aircraft mechanics course at an FAA-certified technical school. The FAA mandates that such programs be at least 2,000 hours long.

This is one area where certain former military personnel may have a jump on their civilian counterparts. Depending on their military training, many people can have a portion of their training waived prior to taking the FAA exam.

As an A&P manager says:

One area where a lot of people get experience is through the military. Also, a lot of people start off with smaller carriers. Wages there aren’t real high but it’s a starting ground for developing the experience.

Getting FAA certification is not a step you can skip if you expect to land a job as an airframe and powerplant mechanic. In the words of an instructor at an aviation education program:

That certification is the ticket to getting a job. Without that ticket they don’t even look at you. Programs like this are the easiest way to get it.

Training at a school can be expensive, but well worth the expense, considering that a lead airline mechanic with the required certificates and several years of experience can make up to $72,000 per year. It’s also a sure way to get hired.

As a veteran A&P mechanic who is involved in hiring says:

Because of the way the industry is right now it’s sometimes difficult to find those with the experience we’re looking for. So in place of that we look for a good attitude – driven individuals who presents themselves well and has self-confidence. The advice that I would give is not to expect to land a job with a major airline right off the bat. You’ll probably need to spend a few years in general aviation.

See our list of aviation schools, or to get a free list of FAA-certified aviation maintenance schools, write to: