New Developments in the Airline Industry

The airline industry is ever-changing. While no one can really predict what will be happening tomorrow in the industry, we can be rather sure that it will continue to grow. The Bureau of Labor Statistics is expecting growth in both the commercial travel and cargo sectors in coming years. 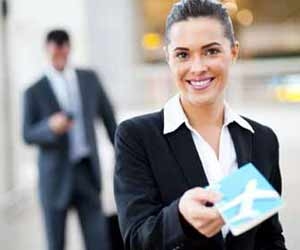 Some new developments may mean that many jobs are added at one time – all across the nation – and other changes may bring about a reduction of jobs in some places.

As the size of commercial aircraft continues to grow, many more staff may be needed for every new plane that flies. FAA regulations now require one flight attendant for every fifty seats on an aircraft. This means that with the current expansion in the industry and the number of new aircraft being built, there is a corresponding need for more people to fill flight attendant jobs. Airports are also expanding in some places, and this means personnel will be needed to fill many new jobs.

As one experienced flight attendant urges:

“I think it is a good time to break into the industry. I think people are traveling more than ever. From what I’ve seen it seems like people are tending to go away for shorter trips but they are traveling more frequently. People are taking more three-day weekend trips and flying instead of driving. The projections I’ve seen indicate that the industry is expected to grow by 10 percent a year, and that means they are going to have to hire at least 10 percent more employees per year.”

One area of the airline industry that many people may not think of is the upkeep and development of computer systems, which are the backbone of the industry as a whole. Nearly everything is controlled by computers, from the scheduling of passengers and flight information to the communications and radar systems used in the control towers. Whenever there are problems with computers, a large problem often results. Computer specialists and IT managers are needed to keep the system in peak performance.

Over the past few years, since being de-regulated, the airline industry has tried to cut back on costs. Increased competition has also forced reduction in some services, including fewer flights but larger planes. Ticket prices have also been lowered across the board, allowing travellers to enjoy tremendous savings to certain destinations at specified times of the year.

The Airline Industry Is Expected to See Rapid Growth

The International Air Transport Association (IATA) predicts a large increase in air traffic in the next few years, which is also certain to increase the number of jobs all through the airline industry. In addition to the travelers, the amount of cargo traveling by airlines is also expected to rise – by about another 50 percent. It all spells new jobs for many people in the airline industry.

The increase in air traffic and cargo will certainly mean more jobs. While the industry does see a share of buyouts and mergers, the expected growth means more jobs. The industry has needs for:

The outlook – especially for pilot jobs – for those willing to make a long-term commitment is quite good. With many former military pilots nearing retirement age, young pilots can expect to have good upward mobility and plenty of job opportunities. The job outlook for A&P mechanics is also very promising, with employment expected to increase drastically over the next 10 years.

The majority of them work for airlines; qualified mechanics and service technicians can also find employment opportunities with aerospace manufacturing companies or with the federal government.

Did You Know? The airline industry as a whole claims that it pulls in billions from baggage charges alone?

9/11 and the Airline Industry (NEXT PAGE)