The number of destinations and frequency of trips go hand in hand with your work schedule, which varies depending on your airline’s routes, the time of year, and the day of the week. 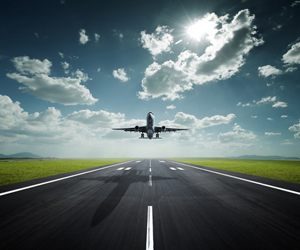 Some days you may work only two hours and other days more than twelve. The work schedule is not the classic nine-to-five shift; it’s quite flexible, since some airlines allow attendants to trade shifts and routes to create more desirable schedules. Flight attendants work staggered shifts during both days and nights and usually during weekends. For example, an attendant might work four or five days straight and then receive the next six days off. During the five-day shift, they may stay in several different cities, returning to home base only during scheduled time off.

Working for an airline is far from glamorous. In the words of a human resources manager:

Flight attendants are the most visible of airline employees, but they do lots more than just serve drinks. Yet that’s what a lot of people think. Flight attendants are responsible for everyone on the plane, including their general safety and evacuation procedures. They go through a lot of rigorous training and put in a lot of unseen hard work.

Most new flight attendants must first start on reserve status. This means that except during the guaranteed ten to fifteen days off per month, they must be on call twenty-four hours a day and be ready to leave on a flight on only a few hours’ notice. Some new employees dislike the uncertainty of this arrangement, but it’s generally considered one of the necessary drawbacks of the job.

A flight attendant with fourteen years of experience explains the realities of being on reserve:

Depending on how often they’re hiring new employees you could be on reserve anywhere from a couple of months to a couple of years. But it’s really not that bad. You have a lot of variety on the flights you’re working, plus you’re always working with new people.

Layovers while on duty are also like vacations in themselves. They range from a few hours to several days, depending on the length of flight. Many flight attendants take advantage of this time to explore the area, discover the local nightlife, and meet new people. Hotel rooms during layovers are, of course, paid for by the airlines.

As with many jobs that involve a great deal of public contact, flight attendants tend to contract a lot of colds and minor illnesses, with jet lag, long hours, and frequent moves contributing to the problem.