Deregulation of the Airlines

While deregulation has had the positive impact of lowering fares, allowing the general public to fly farther and more frequently than ever before, it has also had a downside. For many years, the airline industry had been volatile, with consolidations, buyouts, mergers, and bankruptcies happening just about every year. 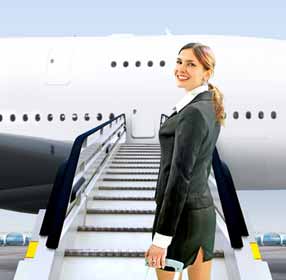 It seems that almost every week a new change in the industry is announced or another flight attendant or pilot’s union goes on strike.

With these rapid changes in the industry, sometimes it can be difficult just to keep track of which airlines are still in business. The global economic recession had a significant effect on the industry as well. The combination of higher fuel costs and fewer passengers meant decreased revenues for carriers in the United States and in other nations.

These events led to quality concerns with particular airlines and within the industry as a whole.

Despite these problems, however, hiring within the industry has not stopped. Many low-cost smaller airlines and cargo carriers have stepped in to fill the hiring gap. Hiring in the industry is expected to increase through the year 2020, especially for flight attendants, pilots, and flight engineers, while opportunities for aircraft mechanics and service technicians are expected to decline over the same period.

The industry now is probably more more healthy from a financial standpoint than it has ever been.  Airline learned how to make money with extra fees for baggage, change fees, upgrades, etc.  Although customers typically don’t like these additional fees, they have made a huge impact on the bottom line of the airlines.