Aircraft are highly specialized pieces of equipment, as well as everything on it. Each piece or design needs to be thoroughly designed, tested, and then maintained to ensure that it works as intended. The passengers and crew depend entirely on the reliability of all aircraft parts and equipment and it is the airplane engineer jobs (also called aeronautical engineers) that keep the aircraft field growing and developing. Aircraft companies have a constant need for airplane engineers and there are often airplane engineer jobs available. 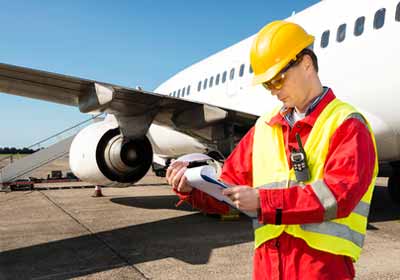 Aerospace engineers are also needed to help design and build workable spacecraft for government contractors such as NASA, and private contractors working to get into the field.

As the aviation industry grows airplane engineers will be needed to continue to design and build better and faster aircraft and equipment for both commercial and private purposes.

Aircraft engineers are involved in the planning, design, testing, and analysis of aircraft and airports. There are many different types of engineers who work specifically with electronics, airport structure, environmental regulations, and flight methodology. Engineers are often hired because they have a specialized area of expertise and training.

Some airplane engineer jobs may require working directly with customers who buy a specific type of aircraft. They help customers resolve issues and write reports of problems and performance to management, engineers, and to the manufacturer. Other engineers will work with defense contractors in various capacities to design, test, and possibly demonstrate the aircraft to show performance and system capabilities.

The exact job requirements for all airplane engineer jobs may vary widely with the position and the responsibilities. Much of the work of an engineer is done with computer and physical models prior to any actual testing. This requires thorough knowledge of various testing software, and troubleshooting methods and equipment. You will also work closely with other engineers and possibly physicists and others. Being able to communicate well is also necessary, and you will need to be familiar with writing reports and preparing documents in Microsoft Word, Excel, and PowerPoint. Lifting of aircraft components that weigh up to about 70 pounds is often required.

Some aircraft engineers are given the responsibility of inspecting aircraft to ensure that there are no worn or failed parts, and will test to discover the reason for failed components. In some cases, you may be required to do some travel. You can also expect to work on any shift, have a significant amount of overtime, and work on weekends, and on holidays. Working with representatives of government agencies will also be necessary, and you will be expected to be familiar with FAA regulations. While most of your work will be in a hanger, some of it will be outside exposed to the weather when the hanger is full.

Getting into aircraft engineering requires a four-year Bachelor of Science degree with a major in Electrical, Aerospace, or Mechanical Engineering. It is also possible to get into the field at small airports where you may get some experience, in which case you may only need to be between 18 and 20. Some fields will require a Master’s Degree. Being in aircraft engineering may also require you to have a pilot’s license, an Airframes & Powerplants license (A&P), and/or aircraft mechanic experience. Other licenses may be needed for certain fields.

Military personnel who have worked with aircraft have an excellent opportunity to break into this field. It is even better if they already have a security clearance. Most defense contractors will require a clearance. You will also need to be able to pass a background investigation that goes back at least 10 years.

In general, you can expect excellent benefits from the company that you work with. This often includes medical and dental insurance, life insurance, vacation pay and paid days off, and a retirement plan. Some airplane engineer jobs, however, hire them as contractors, which means that they are considered self-employed. Relocation may also be offered.

The salary for aircraft engineers is based on your type of expertise. Starting salary is near $58,000, and some engineers can make over $120,000.