A lot of people make the mistake of associating truck driving as a job that only men do. The image of a big bruising Teamster comes to many peoples’ minds when someone starts talking about meeting a trucker. The fact of the matter is that of the 8 million licensed CDL drivers in the United States, over 200,000 of them are female truck drivers. With their determination and trucking skills, these women have earned the respect of many of their male counterparts, though some say the war of the sexes in the trucking industry is far from over. Some trucking companies even provide better job opportunities and benefits to women truck drivers. The challenge of the job coupled with the independence and attractive pay scale attracts many of these women to the trucking workforce. The trucking industry averages out to have a 20-30% higher wage scale than careers women would normally enter into. So many women are entering the trucking industry workforce that the National and International Women’s Trucking Association was formed. Women truckers are also taking on more involved industry roles such as management, safety, dispatching and recruiting. 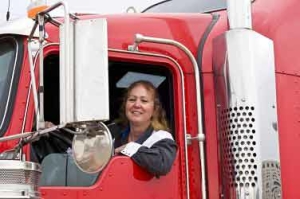 Back in 1929, Lillie Elizabeth Drennan was the first woman to receive her CDL classification. She drove an old Chevrolet truck and kept a loaded revolver on all her many trucking adventures, and she was still able to make a living doing what she wanted, right up to her passing away in 1974. She set the mark for many women drivers who would follow after. Women drivers, though doing the same work as men, still need to be aware of their situation when they’re on the road. There are a few simple, common sense things to keep in mind. These can include: 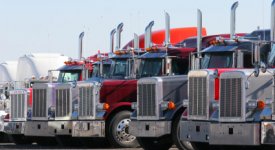