The largest parks in the national park system receive hundreds of thousands of visitors each season. But even the smaller ones are doing a brisk business these days as the general population looks for more economical ways to spend their summer vacations.
To provide services for all of these people, the Park Service arranges contracts with companies called concessioners. 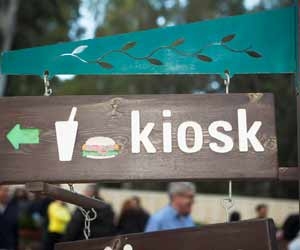 Concessioners offer food, lodging and hospitality services, recreational tours, gas, gifts, and just about everything else vacationers may want or need.

More than 500 concessioners operate businesses in or operate trips in national parks. They employ more than 25,000 people! Thousands of commercial-use licenses are issued to business owners annually.

For example, hundreds of concessioners hold commercial-use licenses to run part of a whitewater rafting trip through a national park or forest.

Other licensed companies include those offering snowmobile rental, horseback riding, firewood, photography, boat repair, and everything in between. Local economies and the federal government depend on the tax and fee revenues generated by these companies as well. Concessioners, working in conjunction with national parks and forests nationwide were responsible for generating billions of dollars in sales, and the federal government receives several million dollars in usage fees alone.

If you’re applying to park concessioners, remember that those in well-known areas like Yellowstone and the Grand Canyon have many jobs to offer, but also will have plenty of new applicants as well as returning staff members. You may want to think about applying to a combination of better-known and lesser-known parks to gain your first year of experience.