Many factors affect the salaries offered for state agency jobs. Those factors include the type of position, the responsibilities and tasks involved, the state and specific job site for the position and the level of education, experience and training required for the position.

Most states offer entry level positions with few experience and educational requirements, and salaries that are competitive to similar positions in the private sector. Many states work from a standard pay scale, similar to the one used by the federal government, in which each position has clearly defined wages depending on the position, the education and experience that the job candidate brings with him. 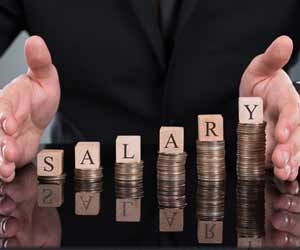 Even in states that employ a wage scale, however, seasonal positions are not always included on it.

Seasonal jobs are usually paid by the hour rather than as a salary, and rates are very much like those paid by the big government agencies like NPS and BLM. On average, seasonal workers make $10-$20 an hour, depending on the type of job they are performing and what they were hired to do. All job listings will have salary information listed on it, so applicants can know what to expect. Keep in mind that often seasonal positions may offer other benefits and perks in addition to actual monetary wages. If you take a position with on-site lodging, for example, your perks may include free or subsidized housing and meals, allowing you to save most of your summer income.

Because each state is different, it’s difficult to give more than a very general range of expected wages and salaries. There are, however, some baselines for what you can expect in the way of monetary compensation when you work in a state park. Experience and education may impact the salaries offered, though that may not make much difference in seasonal positions. Some states pay more than others because the wages are pegged to the local cost of living.

Particular positions, especially those that carry high risks, may pay higher wages, as do many positions that are more difficult for the states to fill because of location or duties. Here are some approximate pay figures:

As you can see there is some good money to be made working for the state whether you work for a summer, a few years, or choose to make working for them a career path. Full-time employees on average make more than part-time or seasonal workers, but all pay rates are very competitive with both government and private sector salaries. Also, state park employees are eligible for the same benefits afforded to other state workers, including retirement packages, vacation time, sick time, paid leave and educational benefits. The best way to find out if a state parks career is right for you is to take a seasonal position and give it a try. The experience is one you’ll never forget, and it will help you land a permanent job if you decide that you want to work full-time in the state park system.

Did You Know? On average, America’s state parks have more than 725 million total annual visitors to their 6,624 park units. This has an economic impact of more than $20 billion dollars for local communities and local governments.