On the Job – Volunteering with SCA

Gabe Asarian from Mendocino, California, spent a summer as an SCA volunteer working in the backcountry of Olympic National Park in Washington state.

I work in the Elwha subdistrict of Olympic National Park, mainly in an area that’s known as the backcountry, so I do a lot of different things.
I hike a lot of the trails so I can give visitors accurate trail conditions and keep them current on what they’re going to find before they head out. 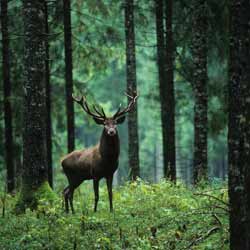 I also meet with visitors on the trails, either on day hikes or while on extended backpacking trips.

A lot of my work is done alone in the backcountry. I was only in touch with my supervisor for the first two days on the job. Many days I’ll work ten or twelve hours. I’ll talk to visitors at all the campgrounds I’m visiting, teaching them minimum impact backpacking, where to wash their dishes, fishing regulations, and other things like that.

Often I pack out trash and stop at campsites to clean out the fire rings and make sure the area looks really nice. It’s fun for me because such a large portion of the Olympics is in the backcountry, which is so beautiful. And it’s a lot of fun. I like to make campsites look as natural as possible. It’s a good feeling for me to know that hikers coming after me will have a positive experience.

Sometimes we clear the trail on these hikes, removing brush and doing some hand-tool work. We also have training in wildland firefighting, so we’re all red-card certified to go out on forest fire calls.

I work ten days and have four off. I live in a bunkhouse with three other people on my days off. In my spare time I go fishing and hike some other trails. I usually spend at least one full day doing laundry, going to the post office, going into town, running errands, and so forth.

The biggest reason for volunteering is the experience.

I’ve received firefighting training, and today I had glacier hiking training. Later, I’m going to get whitewater rescue training. All of this hopefully is going to make me much more marketable.

I’m also meeting people here who will serve as valuable contacts later, such as supervisors and rangers. A lot of people volunteer for a few years before getting hired. I’m considering trying to do the same thing next summer and work for the winter wherever I can get work, then I think I’ll try to get a position with SCA at another district within Olympic National Park.

It’s fairly easy to get a position with SCA. The hard part is getting the one you want. I succeeded because I was really persistent. I called them a few times to ask whether they had sent my application anywhere yet. Check in and let them know you’re really interested. Volunteering is a great way to get started – they’re paying for my room and board while I have all these adventures.

The Nature Conservancy Jobs (NEXT PAGE)