What Assistant Pursers Do

Paul Emery Baya worked for Norwegian Cruise Line in a variety of positions, including that of assistant purser. Here he shares his
experiences and offers these tips for others looking to break into the cruise industry.

It took about five months after I received The Cruise and Travel Employment Program [the print version of this Internet site] to be hired by Norwegian. 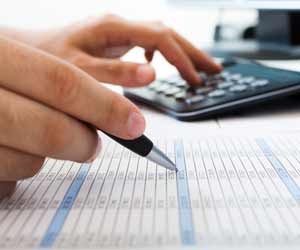 I applied to twenty different cruise lines and received an invitation to come down to Miami for a personal interview with Norwegian. I had just graduated from college, and made it down four days later. I ended up starting two weeks after my interview.

Once on board I performed many duties, including working reception, handling complaints, exchanging currency, and solving problems. I also sold maps and cards. Since the Norway was my first ship ever, I was in shock due to its overwhelming size. I felt lost in certain areas. I lived in a single cabin for around two months, but was then moved from week to week until they found a permanent place for me. Although I only worked six to seven hours a day, (thirteen or more on Saturdays) the job was quite demanding. The Norway‘s capacity is around 2,500, which makes for some major diversity within the passengers. Complaints take a lot out of you, especially if you hear them week after week. I found that taking one problem at a time helps out.

Also, adjusting to ship life was a little more difficult than usual. I noticed that a majority of the crew eventually made their way to the ship’s crew bar at the end of each day. Since I have never been much of a partier, I tried finding other things to do like go to shows, write letters, or watch TV, but found myself eventually going to the crew bar as well. It’s a nice place to unwind and talk about this or that.

One of the most appealing facts about working on the Norway is that the shore excursion office gives the crew free tickets for the shore excursions trips. I’ve taken a catamaran tour around both St. John and St. Marten islands. Each of the boats offered free rum punch, champagne, beer, and snacks, played music, and stopped at a beach and passed out snorkeling equipment. I loved it! I have also taken a bus tour of St. John. Other perks include my own room with a TV and refrigerator, use of the shipboard spa, free ice cream, and room service.

The fact that I just got out of college and this was my first job is still hard to believe. I often wondered if it were real. I worked in a hotel off the coast of New Hampshire for five summers and the work [on the ship] was quite similar. One needs to remain cool and calm at the desk. Passengers pick up on the little things we don’t notice. The saying in the department is “The passengers’ perception is reality.”

My advice to those interested in working in the cruise industry would be as follows: Take time to make your resume and cover letter look as good as you can. Have friends evaluate it. Mail yourself a copy of the finished product and play the role of the hiring staff. Would you hire you? Also, come to the interview (if you have one) with an above average knowledge of the company. I was asked a few questions at my interview. What was my experience in the hotel industry? What do I know about Norwegian Cruise Lines? When can I start? Apparently the personnel manager was very impressed with my knowledge of the company. She said, ” Wow, you have certainly done your homework. Most of the candidates come to the interview with little knowledge of the company. I’m impressed with what you know.”

In conclusion, let me say that Norwegian Cruise Line has a very good reputation in the industry. Working on the Norway I got a feel for working on one of the most historic ocean liners of our time. The company respects its crew and made us feel welcomed.