The Job of a Cruise Ship Youth Counselor

Leona Guthrie of San Antonio, Texas, worked for a major cruise line as a teen director during the summer. She reports that the cruise line she worked for provided her with an excellent opportunity to combine travel while earning a living.

I became interested in working for a cruise line after I took a vacation aboard a another cruise ship. I noticed that everyone working seemed to be having a great deal of fun. At the same time, I needed to find something else to do with my life; my current job just wasn’t that much fun. So I purchased The Cruise and Travel Employment Program and soon after sending out my resume and photo, I was contacted by several different cruise lines about employment. 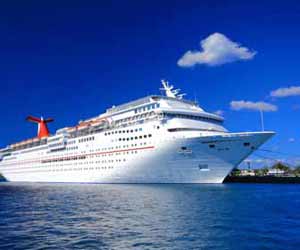 SIDENOTE – If you’re looking for this type of work then definitely look at the Disney cruise line jobs page in this section. Most major cruise lines need youth counselors but Disney…hey…you know they have a lot of needs!

I ended up taking a position as the teen director aboard a large ship. I really enjoyed the experience. It was actually a position they created for me, as I have teaching experience, but I didn’t want to work with children as a youth director. Working with teenagers is both exhausting and exhilarating. I also worked as the karaoke host and other social duties as needed. The person who does the hiring for cruise staff positions called and interviewed me over the phone. I’d say that’s something prospective applicants should remember. You’ve got to be able to speak well on the phone.

The ship I was on made regular trips to eastern Caribbean islands and those in the western Caribbean. I got to visit so many wonderful, beautiful places; it was just incredible. I’ve been to Cozumel, Grand Caymans, Jamaica, Puerto Rico, and the Bahamas. It’s easy to forget that you are working, and I think that’s a mistake many new employees make. They have to remember that the job comes first. And you are never really on your own time. I worked from 10:00AM to 12:30AM, seven days a week. Of course, you get breaks during that time, but you still always represent the cruise line, no matter where you go. My company really encouraged the cruise staff to get off the ship when it was in port and explore whatever island we were at. That way when we got back onboard we could better answer the passengers’ questions about what the island is like, where to go, and what to do. And as a member of the cruise staff, I got asked questions all the time.

One thing that really surprised me was the variety of jobs available onboard and how many opportunities there were for Americans. Our ship was typical of most cruise ships in that almost all of the cruise staff and casino jobs were filled by Americans. The staff working in the beauty salon were also American. The people who worked in the laundry were primarily from Indonesia; the kitchen staff, primarily Portuguese. The laundry and kitchen staff would work nine months straight; they were not allowed to leave the ship while in port. The officers on this ship were Italian and Greek. As a member of the cruise staff, I got to eat in a separate mess just with the officers, which provided a great opportunity to get to know them. But I should warn people that cruise lines are very strict about staff fraternizing with other employees or with passengers. It was definitely against policy to become romantically involved with staff members or passengers.

After I was hired, my boss faxed me a packing list. A uniform was provided, but I was asked to bring a formal dress, white socks, and tropical sportswear for theme days. They said to bring one formal outfit, but I brought more. Women need more than one dress. But it is true what you don’t bring you can always buy later. The shopping in Puerto Rico is great. People should pack an extra suitcase that will fold up, fitting into a big suitcase. You’ll need it later with all the things you’ll end up buying along the way. Also, pack a good pair of cross-trainer shoes. In preparing to leave, be sure to find a good storage company. Most people give up their apartments or move out of their houses when they take a job on a ship. It’s just too expensive to keep paying rent while you’re away. I found an excellent place that even stored my car.

Working in the industry was a great experience. They are one of the few cruise lines to provide transportation to and from their homeport of Miami. I live in San Antonio, Texas, and they paid my airfare to Miami. But my understanding is this is pretty unusual. I think they are maybe less intense than some of the other larger cruise lines. They have verbal agreements with employees regarding their length of stay, rather than written contracts, which is also unusual in the industry. And they are pretty flexible, especially if you give them plenty of notice if you are thinking about leaving early. However, if you do quit, they won’t pay your airfare back. Still, it’s a great company to work for, but you have to know what to expect. And you have to have the personality in which you can get along with anyone no matter what cruise line you work on. Sharing a small, cramped room with another person really mandates that. I believe one of the main reasons there is so much turnover with employees is they forget they are there for the job first. They are not the ones on vacation. But it’s easy to forget when you find yourself surrounded by such a beautiful tropical setting.