Although there’s no denying the fantastic travel opportunities, there’s also something to be said about the wonderful experience of meeting a variety of people and making new friends. 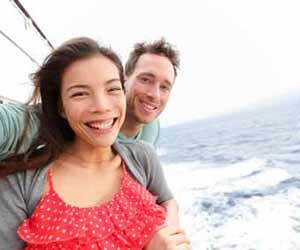 Most people who work on cruise ships speak of an instant rapport between crew leading to lasting friendships. According to one cruise ship employee, it wasn’t the beach scene that held her interest, but her many new friends:

“On my first cruise, we typically visited the same Caribbean islands over and over, and I eventually got tired of the same old beaches and the hassle of getting to shore on the tenders, so I spent most of my free time on board. This was fine, because I really loved the people that I worked with. They came from all parts of the country and the world, and really knew how to socialize. At first, I made a lot of good friends, and then the next week they’d be transferred to another ship, which was kind of difficult. But now, I’m being transferred to a new ship and I’m already going to know some of the people there because I worked with them on my previous assignment.”

One of the many interesting aspects of life on cruise ships is the incredible diversity of the crew. Because of the international nature of cruise travel and registry laws, staff members come from all over the world. One cruise employee reports:

“The band was from Poland, the waiters from the Czech Republic and France. South Americans were absolutely everywhere. One guy was from Portugal but told all the girls he was from Italy for some reason. If you’re trying to brush up on or learn any new languages, this is the place to do it, and learning about new cultures is practically unavoidable.”