Japan has over 123 million citizens and is one of the most densely populated countries in the world. Imagine half the U.S. population living in an area the size of California! Almost all citizens of Japan are of Japanese origin, which makes for a very homogeneous population. 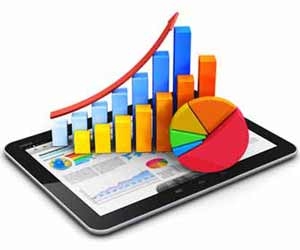 This surprises many North Americans who are used to the diversity of a “melting pot” society.

Japan is located off the coast of mainland northeast Asia and is made up of four major islands and about 1,000 smaller ones.The four major islands, from north to south, are Hokkaido, Honshu, Shikoku, and Kyushu. They are dominated by a long arc of mountains, many of which are volcanic. These active volcanoes provide Japan’s inhabitants and visitors with hot springs and beautiful scenery, as well as the dangers of eruptions, earthquakes, and tidal waves. The country experiences about 1,000 earthquakes per year, although the majority of them would go unnoticed without seismic equipment. Tokyo is located in the worst region for earthquakes and typically experiences major shakes fairly often.

Japan is in the temperate zone and has four distinct seasons. Spring begins in late March with festivities to celebrate the blossoming of the cherry trees (the Japanese gave Washington, DC its cherry trees). Summer is characterized by humidity and frequent rain. Winters are cold in the north, especially in Hokkaido, and mild in the south. Autumn is the most pleasant season, with cool and dry temperatures and plenty of displays of colorful fall foliage.

Japan is governed by a democratic system, consisting of the National Diet (much like the U.S. Congress) and a Prime Minister.

Shinto, Buddhism, and Christianity are all practiced in Japan today. Shinto (the only native religion of Japan) is based on pantheistic principles. Most Japanese fuse their Shinto and Buddhist beliefs and practice a combination of customs. Westerners often are surprised by this integrated approach to religion. The Japanese are taught morality and ethics in school and values and traditions through religion. Don’t be surprised to find out that your Japanese friends exchange gifts on Christmas and visit a Buddhist temple on New Year’s Day.

The Japanese form of currency is the yen. The value of the currency against US and Canadian dollars varies from trading day to trading day.

When using the mass transit network, stay alert and report any unattended items. Overall, Japan has one of the lowest crime rates in the world, so don’t waste time worrying about the possibility of danger; the most common occurrences of crime amount to no more than petty theft or vandalism.