Where to Stay in China

With the government as omnipotent as it is, the privatization of
accommodations hasn’t met with much success. Youth hostels have taken hold in China, so they are a great option for inexpensive rooms. 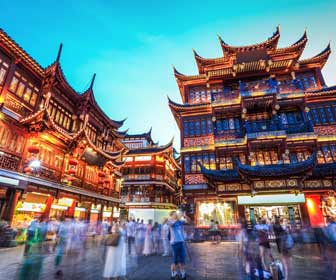 You might be able to find accommodations at a university dormitory, but this too depends on availability. As a foreigner, you are somewhat limited in your choice of accommodations since you may only stay in a place that has a license to accept foreigners. So if you are looking for short-term accommodations there are basically three options: dormitories, guest houses, and hotels.

Honestly, the best thing to do is to contact YHA China, which has a list of hostels that includes pricing and other key information.

In a large city there will often be at least one university that accepts foreign students and therefore provides foreign student accommodations. If a university also has a foreign guest house on campus, the dormitory may try to make you stay there, but be firm and find out if there really is space at the
dormitory and if there is, stick to your guns. Summer is the best time to find a room, which will probably be a basic, two-bedroom set-up with a bathroom down the hall. Try asking for the Da xue (university) and liu xuesheng su she (foreign students’ dormitory). The three largest cities and their dormitories are listed below.

Beijing has numerous universities where you can look for dormitory accommodations (though these might be filled during the school year). Almost all of these places are outside the city, however, so getting there might involve a combination of subway and bus and/or taxi. Try Beijing University (Bei Da).

Fudan University is outside the city and a little difficult to get to, but you could try the foreign students’ dormitory at the Conservatory of Music.

If a university doesn’t have a foreign students’ dormitory, or if there are no free rooms there, try the foreign guest house. This is like a small hotel, and will probably cost around Y70 – 150 per person.

The rooms have air conditioning sometimes, and usually include your own bathroom and hot water.

Five-star hotels can be found in all the major cities in China, are expensive, and provide all the amenities you’d expect. If you don’t feel like living in the lap of luxury, then you must find the other hotels in town that are allowed to accommodate foreigners. Sometimes this is easy – in a small city, there may
well be only one such hotel; sometimes this is not so easy, especially if every place is filled, and you may have to talk your way into staying at a hotel that is reluctant to take on the responsibility of housing foreigners.

Very generally, the closer you are to Beijing, the stricter these licensing laws are applied. For example, if you are staying in Beijing, your room fee may have to include the cost of sending a telegraph to the Public Security Bureau to inform them that
foreigners are on the premises, as well as a special fee for extra security measures! But far away in Guangzhou few will care about these laws, especially if the price is right. Most Westerners stay in hotels while traveling, due to the lack of options. You may have to negotiate fiercely for a good rate.

Hotels can range from basic accommodation to rather nice places with air
conditioning, free breakfast, and cable TV. If you are uncomfortable with the idea of arriving in China without a place to stay, then go online beforehand and locate accommodations. Get to work on your favorite search engine!