Like the American federal income tax, everyone working in Japan is required to pay the national income tax. 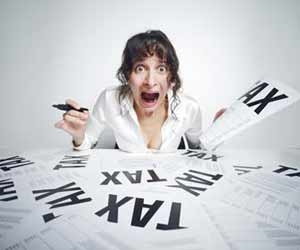 After a year in Japan, you also will be required to pay local taxes.

The Japanese income tax is considerably lower than that of the United States or Canada. All military and weapon spending was cut drastically following the defeat of Japan in World War II. Many nationwide programs for health care and education eliminate excessive taxes, effectively lowering the income tax for everyone in Japan.

Taxes are usually deducted straight from a teacher’s paycheck under the assumption he or she will stay in Japan for a full year. Those who end up staying less than a year should visit the tax office several weeks prior to leaving in order to claim a partial refund.

As an American working abroad, you will be exempt from U.S. income taxes as long as you make less than US$97,000 annually. Remember, though, that you will still be required to file a tax return with the Internal Revenue Service. Even though you may not owe any money, not filing can result in huge hassles years down the line when you have long forgotten your failure to file. The burden will be yours to prove to the IRS that you were actually overseas at the time and that you didn’t make enough money to require any tax payment.

For complete information, the IRS publication “Tax Guide for U.S. Citizens Abroad,” is available through the IRS and the various embassies. There is an IRS representative located year-round at the U.S. embassy in Tokyo, Japan, who is available for consultation.

To contact the IRS from the United States prior to your departure, dial (800) TAX-FORM to order tax forms or informational booklets or (800) TAX-1040 for assistance with preparing your taxes.