Other Types of Job Opportunities in Thailand for Foreigners

Whereas teaching jobs are by far the easiest jobs for Westerners to come by in Thailand, certain other positions are also sometimes filled by farangs (foreigners). 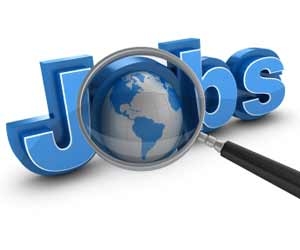 The trick is to convince an employer that you have needed skills that cannot be provided by a Thai national. If you have such a skill, you may be able to land a position.

One American woman living in Bangkok who was studying Thai language found that an English-teaching job can lead to other work:

“In order to make ends meet while I was studying Thai, I started working several part-time English teachig jobs and doing private English tutoring work. For my private students, I usually charged US$8-16 per hour, and I ended up earning about US$360 per week. Eventually I found a job teaching English to the staff of a TV advertising agency, and we would often talk about their current projects during the lessons. One day I started giving suggestions on how they should shoot and script an AIDS awareness commercial, and the manager offered to pay me a portion of proceeds from the project. Since then, I’ve been doing regular work for the agency, and I’ve been able to drop most of my English teaching work.”

Another American, a young chemical engineer who had quit his job in the United States to travel in Asia, found a job with a Thai engineering firm as a sales representative to Vietnam. His approach was quite simple:

“I was looking through the want ads in the Bangkok Post and just decided to apply for the job. The owner of the firm needed someone with good English skills to travel to Vietnam and conduct sales, and he hired me on the spot.”

Another woman who spent a year teaching English in Thailand signed up with a modeling agency and is making a heap of money now. If you’re attractive there are lots of opportunities in this field.

Other good areas to look for work are in financial sector, with publishing companies (as proofreaders), and at any company looking to export to the United States. While these jobs are more difficult to find, being persistent and using the connections you gain while living in Thailand can result in a rewarding job.

PIA provides recent college graduates with internship opportunities in many Asian countries, including Thailand. Many positions are available annually, and internships last for one or two years. Most positions involve teaching English and applicants are expected to have experience teaching English as a second language. A limited number of positions in other fields are also available. Applicants are required to pay their own way to Princeton for an interview as well as travel costs to Asia if they are offered a position. For more information on the program, contact: