Before moving to Korea for a teaching job you should learn about the country. Korea’s long-standing reaction to the influx of Western culture is based on the fear that its own cultural traditions are jeopardized by outside influence. This fear can be traced back to the middle of the nineteenth century, if not earlier. After witnessing the French and British capture of Beijing in 1860, Korea shut its doors to the outside world and became known as the “Hermit Kingdom.” During this time the poor and lower classes were heavily burdened by taxes and high rent, which made western ideas seem attractive. Christianity also began to spread and was quickly considered a threat to the government. 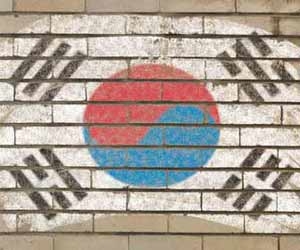 Fifteen years later Korea opened its ports to Japan, the United States, France, and Great Britain. Korea had fallen drastically behind in economic and military power and was forced to embark on a plan to catch up.

At that time, Japan, the strongest military power in Asia, invaded Korea. After a struggle with Russia, the Japanese gained control of the Korean government and by 1910 had annexed the country. Korea remained under Japanese control until World War II. After the war, the Russians once again entered the leadership struggle, which resulted in the division of Korea into the Communist North and Democratic South.

While North Korea aligned itself with the Soviet Union, South Korea established ties to the United States, which created yet another superpower playground during the Cold War. In 1950, the Korean War began when North Korea invaded the South. Thousands of U.S. troops moved in to defend the country, creating both a need for and an interest in learning English. The two halves of Korea remained separate and the Demilitarized Zone (DMZ) was set, creating an official border between North and South. The war left the countries devastated.

After the war, South Korea cleaned up the country, organized the work force, and began to rebuild the economy. Due to the presence of the American military and Korea’s increasingly important role in international commerce, the English language has continued to enjoy widespread usage. Learning English is now considered fashionable as well as useful – and therefore job opportunities for Western English language teachers are widespread. Studying at boarding schools and universities in the United States is becoming increasingly popular for young people, and teaching English and reviewing Korean students’ American and Canadian university applications is seeing increasing demand.