Where to Teach English in Asia

It takes years of devoted study or expatriation to achieve a thorough understanding of people and cultures as different from our own as the Japanese. Also the South Korean, Chinese, Taiwanese, Thai, and Indonesian. Attempting to advise someone on the country best suited to their interests is a precarious business. 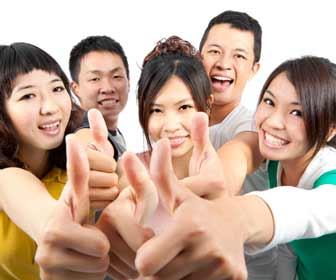 First of all, Japan, South Korea, and Taiwan – the “big three” for Westerners considering teaching English in Asia – have the most established expatriate teaching communities and the most streamlined application and visa processes.

Below are words of advice from an Asian Studies major to a classmate who was deliberating between Japan, South Korea, and Taiwan for a postgraduate year of teaching English:

“If you’re addicted to Chinese food, want to study Chinese, or if you thrive on controlled chaos, you probably should hop right over Japan and South Korea to Taiwan.

“Taiwan is still years behind Japan economically (although the margin is decreasing quickly), and you’ll find things not only less expensive, but also less formally organized. You’ll be able to get a job without a copy of your college diploma, three references, photos, and a guarantor, all of which may be required in Japan and South Korea. Also, if you’re male and want to keep your hair long, or a woman who doesn’t want to feel that her neighbors are her parents, you’ll probably prefer Taiwan.

“On the other hand, if you have a place for everything in your life, if you never are late and hate tardiness in others, and if you need things to be where and as they’re supposed to be, you might be happier in Japan. If you always keep your checkbook up to date, Japan’s your spot.”

And this is the opinion of a recent graduate who worked as an English teacher in Japan:

“Teaching English in Japan was a great experience because the people really value learning from native English speakers. People went out of their way to accommodate me. It actually got to the point where I was receiving gifts from people I had never met. My adult students were eager to include me in their nights out on the town and a few even took me home to meet their families. The best part of my experience in Japan was learning about the culture – both socially and professionally – so that I now know how to do business with the Japanese, and have a distinct advantage in my international career.”

Finally, the perspective of someone who taught in both Japan and South Korea:

“Korea is not quite as developed as Japan and might appeal to those who pride themselves on having a “frontier spirit.” The students are generally wonderful in both countries, but tend to be more courageous and ambitious in Korea. The best analogy I can offer is food, as it represents both countries and their people well. If you like spicy food and a variety of temperaments, go to Korea. If you’re more interested in ceremonies and dislike surprises (especially culinary), Japan will be more fulfilling.”

Thailand, China, and Indonesia, on the other hand, are newer to the English teaching circuit for Westerners. Jobs in these countries pay less on average than in the first three countries, and there often is less protocol for arranging those jobs. You may run into more hassles – especially in remote areas – when trying to get established as a teacher, simply because few have come before you.

But therein lies the reward of working in one of these countries where teaching is not such a big enterprise: your experience will likely be different from anyone else’s.

China has the most stringent application procedures of these three countries. Because virtually everything there is controlled by the government, it’s difficult to get casual, short-term teaching jobs. However, jobs are plentiful if you’re willing to put up with a certain amount of bureaucracy. Western English teachers find rewards to match the challenges of living and working in this relatively inaccessible country. And while you won’t make a fortune teaching English in China, visiting the country as a teacher will give you a much closer look than if you were simply a tourist.

Thailand offers a thriving teachers’ market, with plenty of both casual and professional opportunities. A popular stop for Western travelers on the Asian circuit, this easygoing and scenic country supports plenty of teaching jobs, ranging from short-term, casual gigs to year-long contracts at large schools. There are hundreds of jobs for English speakers in Bangkok alone, and hiring requirements are much more relaxed than in Japan, South Korea, or Taiwan. Finally, the pay in Thailand allows teachers to enjoy a comfortable lifestyle.

Indonesia, the least developed of the three countries, also has the least developed teaching industry. This doesn’t mean fewer opportunities – in fact, the serious job-seeker can find opportunity at every turn – but it does mean fewer hassles. Relaxed hiring procedures and visa requirements make getting a job relatively trouble-free. English is in such demand that it’s often easier to land a job just by showing up in the country than to arrange it from home. Lastly, the costs of living and travel in Indonesia are so cheap that you’ll have no trouble supporting yourself as well as getting a chance to see the country.

In general, we suggest that you ask around, listen to the opinions of others, and then head to the country with the culture that sounds most interesting. To help you in your decision, turn to the country profile in each section.

Should you teach in the bustle of cities like Tokyo and Bangkok, or set up shop next to a rice paddy? Both have advantages and disadvantages.

If teeming masses of humanity get your blood pumping, riding a crowded New York City subway during rush hour doesn’t bother you, and you can’t fall asleep on a Friday night until you’ve been drinking and dancing until 4am, then you’ll probably want to get a job in the city. Working in a major city will allow you to befriend other Westerners, catch the latest Stephen King movie, or satisfy a craving for a burrito and a Slurpee at Seven-Eleven. You may still experience culture shock, but at least some sights and sounds will be familiar. Remember that plenty of other expatriate teachers also will be there to share your experiences.

Living and teaching in a smaller city or town is slower-paced and often more scenic. Living expenses are lower and rural schools have more difficulty attracting teachers, so you might be able to save more money. Also, as a rural teacher you may end up performing administrative duties that aren’t typically required of teachers in urban schools. Another difference is that teachers in the rural areas often don’t see another Westerner for days or weeks at a time. For those renouncing all things Western, this is a great way to become immersed in the local culture. Isolation does wonders for one’s language skills. Also, because people in smaller cities and towns are not as accustomed to foreigners, everyday life will be more challenging, and potentially more rewarding.

One last difference concerns the relative uniqueness of urban and rural teaching experiences: plenty of people teach English in Asia these days, but those who choose to teach in small, rural villages tend to have more unique and exotic adventures.