At over nine million square kilometers, China is a force to be reckoned with by anyone wishing to see as much as possible. Fortunately, there are a number of transportation options.

Chinese buses are generally comfortable and affordable, and go just about everywhere you’d want to. It’s best to reserve a seat in advance, and be sure to pack light-there’s not a lot of room to stow luggage. 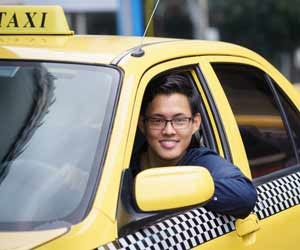 All cities have local buses that will take you around the city for a nominal fee (anything from two jiao to a few yuan). Don’t be shy to ask people which bus to take, or to ask on the bus where to get off. In the big cities these buses are almost always impossibly crowded-push and shove along with the Chinese to get on. Minibuses are sometimes available; these will charge more, but will get you where you want to go quickly and comfortably.

Taxis are widely available in most major Chinese cities. If you have trouble hailing one on the street, check at upscale hotels. There will likely be plenty of taxis lined up outside, or the concierge can make arrangements for one.

Boats are one of the cheapest forms of transportation in China and often can be a welcome respite from trains and buses. Passenger boats sail the Yangtsi River, Li River, Xi River and others. There are also a few interesting options for reaching China from Hong Kong, South Korea, and Japan by sea. There
are plenty of other, shorter trips too, and they are well worth a try.

Generally, travel by boat is quite comfortable, if you don’t mind communal toilets and showers!
Buses

Long-distance buses and minibuses are useful to take you places where trains don’t go. Watch carefully to see how much the other passengers are being charged and make sure you’re charged the same rather than some bogus
“foreigner fare.” Overnight buses are not fun, but the more popular routes sometimes have sleeper buses, which ease the pain slightly.

It is true that the Chinese have a less-than-perfect record on air safety, that the flights are often delayed, and that service on the planes is nothing to write home about; however, China is a huge country and flying is the only way to get anywhere quickly. More Chinese are flying each year and as a consequence, airplane tickets are difficult to secure during tour and holiday seasons, such as
the Chinese New Year. Foreigners must pay a sizable tax on the price of air tickets, which makes them less affordable. You can usually purchase plane tickets from the local airline office, or via China Travel Service (CTS), which has offices in all major cities.

China is home to one of the most famous transportation options of all: the
Trans-Siberian Railway. Train tracks go nearly everywhere in China (Tibet is the exception), and long hauls are common. Train travel is usually comfortable-except in overcrowded hard seat class-and usually on time, but tickets can be difficult to get. It might be helpful to get a Chinese friend or your employer to help secure tickets. Buying tickets at the train station is an interesting experience in Chinese crowd control, but to make your life easier,
visit the local CTS office, pay your surcharge, and let them get the tickets for you. Often you can buy train tickets no more than three days in advance, but check out CTS as soon as you know your plans, just in case.

For a colorful account of one Westerner’s experiences traveling the Trans-Siberian Railway, read Riding the Iron Rooster by Paul Theroux.

There are four price ranges for train passage: